The plan coincides with the European Union’s intention to end dependence on Russian fossil fuels due to the repercussions of the Russian-Ukrainian war, which created turmoil and crisis in the global energy market, in addition to the European Union adopting an ambitious plan to produce green hydrogen by 10 million tons by 2030, and import about 10 million tons during The same time period to cover the required needs.

Egypt has drafted the national plan for green hydrogen in partnership with the European Bank for Reconstruction and Development, which is anticipated to be issued by the end of this year.

On the fringes of the twenty-seventh Conference of the Parties, Egypt launched the first phase of the Suez Canal economic zone’s first green hydrogen plant with Norway’s head of state, making it Africa’s largest station.

The green hydrogen economy is expected to develop 60% by 2030 and 400% by 2050 to meet the growing worldwide demand for clean energy and all countries’ efforts to minimize carbon emissions.

The strategy estimated that the hydrogen economy would rise sevenfold by 2050, giving Egypt a substantial portion of the international market, an increase in GDP of $10–18 billion, and more than 100,000 jobs. Increased local hydrogen production and use of local skills in hydrogen businesses and value chains will boost Egypt’s energy security and reduce its dependence on oil imports.

The hydrogen strategy splits the state’s goal for the sector into three stages: experimental, starting in 2022 or 2023, green hydrogen expansions by 2030, and full implementation and beyond by 2040.

The strategy stated that the pilot phase will include urgent actions by the end of 2022 or the beginning of 2023, including the governance structure for projects and the role of the green hydrogen committee the government plans to form.

The strategy stated that between 3 and 5 years, continuous support will be provided to spread and expand hydrogen technologies and create added value to ensure Egypt’s competitiveness while establishing a hydrogen economy, planning for long-term revenue generation, and publishing sustainable development regulations and laws to stimulate low-carbon green hydrogen production.

In addition to analyzing investment in natural gas infrastructure for the transition to hydrogen, and other natural gas pipeline extensions for industrial purposes, as well as completing a technical feasibility assessment for mixing up to 100% hydrogen to prove industry and future power production.

In the long run, between 5 and 8 years, the government will examine the international and local hydrogen market, natural gas prices, and Egypt’s hydrogen economy development strategy.

Egypt will construct a solid governance structure for a low-carbon hydrogen economy in accordance with international standards to create a sustainable market while adhering to safety and environmental norms.

Egypt wants to capture 5% of the global hydrogen market by 2030 and 8% by 2040 by establishing an international export center for hydrogen and its derivatives to achieve energy security and accomplish the sustainable development goals between 2030 and 2040. By building and localizing the industry, it will help remove carbon from industrial sectors and use renewable energy sources, as well as boost the country’s GDP and create jobs.

On the financial side, the strategy emphasized that most low-carbon initiatives require public financing to improve the competitiveness of the continuance of the projects. Egyptian hydrogen growth.

The strategy stated that the legislation will also cover hydrogen market competition and planning for industry, transportation, energy, and other purposes.

The plan stressed that the present legislative focus is on establishing flexibility to attract investors and developers of green hydrogen projects through flexible legal frameworks and reduced administrative constraints. Legislation is amended.

The plan will build a hydrogen project platform to collect information and exchange studies on designing and conducting experimental hydrogen projects in Egypt, especially given the country’s growth in renewable energy players.

In a comparable context, the strategy outlined four main pillars that the state will follow to maximize benefit from these initiatives, including state-owned project development by submitting bids for construction, building, and ownership contracts. The fourth pillar allowed independent power producers to form bilateral contracts to sell electricity directly to consumers utilizing operator fees.

The strategy stressed that the hydrogen market’s advancement will require cost competitiveness, expecting that the country’s main laws and regulations related to the development of the hydrogen industry’s supply chain, including land use and licensing, the gas market, and the energy market, “which is the broader concept.” by enabling the role of hydrogen in industries, will be reviewed and updated.

The approach stressed that worldwide trade in low-carbon hydrogen production and usage needed an uniform language and regulations.

To ensure good pricing, an uniform regulatory framework for certificates will facilitate the participation of players in this market, adding that certifications will indicate hydrogen pricing and offer investors confidence that low-carbon hydrogen is a good alternative to fossil fuels. 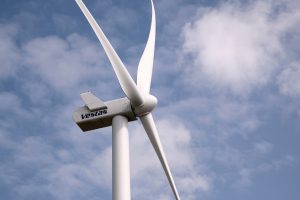 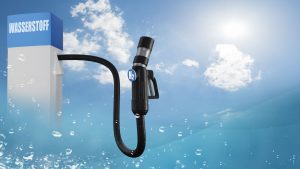 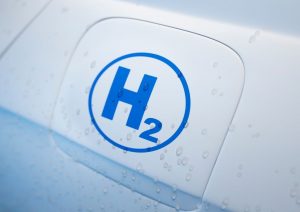