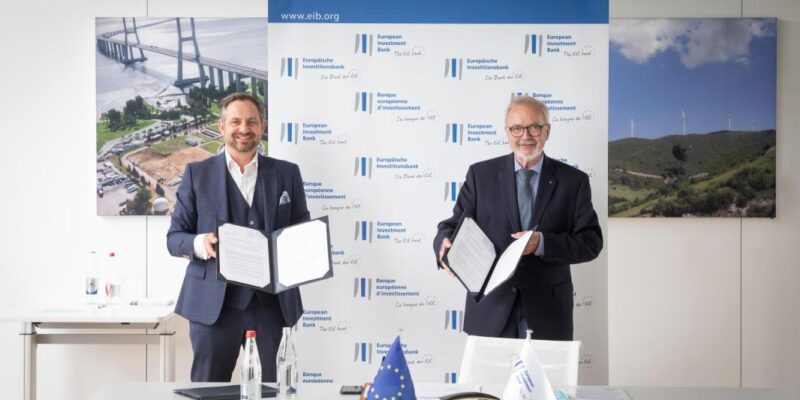 Under the terms of the deal, the EU bank will provide financial advising services for Hydrogen Europe’s hydrogen projects. Additionally, it will collaborate on market development activities and market outreach. Finally, the agreement will contribute to the development of EIB financing products specifically for green hydrogen.

Hydrogen technology has the potential to make a significant contribution to the EU economy becoming carbon neutral by 2050. Hydrogen’s current contribution in Europe’s energy mix is less than 2%, but it might reach 14% by mid-century. The European Hydrogen Strategy, which is included in the European Green Deal, intends to make hydrogen widely available by 2050. Between 2030 and 2050, the strategy states, green hydrogen will be produced at a systemic scale. As a result, investment in renewable or low-carbon hydrogen must expand. By 2050, the strategy forecasts that production capacities in the European Union will require between €180 and €470 billion. Hydrogen Europe, together with the European Commission, is one of three members of the European Joint Undertaking on Hydrogen, a public-private collaboration tasked with accelerating the market adoption of clean hydrogen technology in Europe.

“Green hydrogen presents an opportunity to decarbonise industrial processes, particularly in sectors where emission reduction is urgent but difficult to achieve,” said EIB President Werner Hoyer. “Many European countries are actively supporting the development of hydrogen technologies. One of the main strengths of the European Investment Bank is that it combines advisory and technical support in the initial phases of a project with attractive forms of financing later on. This model is perfect for the development and deployment of new breakthrough technologies, including those based on the use of hydrogen.”

Obtaining environmentally friendly, zero-emission hydrogen is too expensive. The European Investment Bank is a critical finance partner in the European Union. The EU bank has lent over €2 billion in advisory and financial support to hydrogen-related initiatives during the last eight years. Additionally, financing was provided for projects aimed at increasing hydrogen adoption in the transportation sector by supporting new hydrogen fleets and associated infrastructure. The EIB is well-positioned to promote the growth of Europe’s hydrogen ecosystem due to its expertise and track record in financing innovative technologies and infrastructure, most notably offshore wind and batteries. At the moment, the Bank supports electrolyzers, catalysts, and fuel cells. Additionally, it funds big-scale hydrogen generation on a huge scale, including electrolysis, carbon capture and storage, and hydrogen stations.