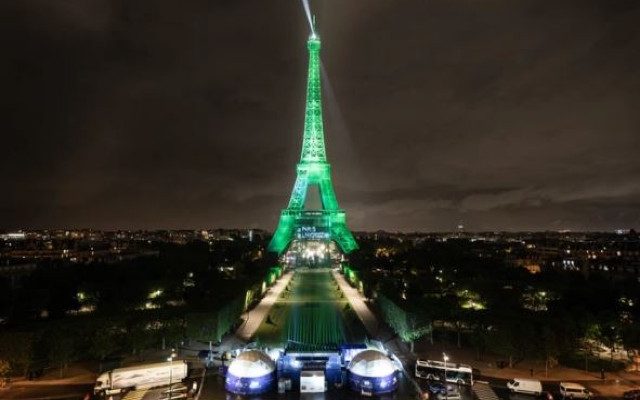 Additionally, the display town is powered by hydrogen. Energy Observer, originally the world’s first autonomous, zero-emission hydrogen vessel, now combines explorations with climate-related technical advancements. The exhibition highlights hydrogen as a critical component of the energy transition and a method of achieving a low-carbon future.

“Paris de l’Hydrogène” is an exhibition dedicated to renewable energy that will run at the Champ de Mars until 30 May 2021. Energy Observer is organizing it with the cooperation of the City of Paris. Air Liquide is a sponsor of this event and will provide the 400 kg of renewable hydrogen required to power the town for the length of the event. This low-carbon energy carrier was also used to power a laser show on May 25th that illuminated the Eiffel Tower with renewable energy.

Matthieu Giard, Vice President, a member of the Executive Committee, supervising Hydrogen activities: “For many years, Air Liquide has been committed to responsible growth and has set ambitious objectives, with a structured plan to achieve carbon neutrality by 2050 and to accelerate its hydrogen activities. Supporting Energy Observer by lighting up the Eiffel Tower with renewable hydrogen is above all a symbol, but also an illustration that the solution exists, and that we must collectively pursue initiatives to develop a hydrogen society, with large-scale projects in France and throughout the world.”

Ørsted and POSCO sign MoU on renewable hydrogen in Korea