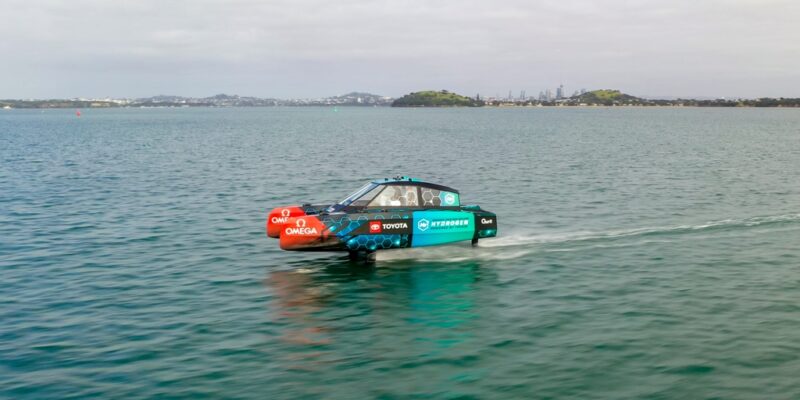 Since its launch five weeks ago, Emirates Team New Zealand has been commissioning and testing their hydrogen-powered foiling chase boat ‘Chase Zero’ on Auckland’s Hauraki Gulf.

The team has now driven Chase Zero for 36 hours and covered over 1042 kilometers on the water, with only pure water as a byproduct of its operations.

Chase Zero’s top speed to date has been clocked at 50.3 knots (93.16km/h) on its ninth day of testing, which has always been the goal of the foiling boat’s design.

The range test provided the engineers with valuable data, and the team can now confidently estimate that Chase Zero’s range on four full 8.4kg hydrogen gas tanks is 330 kilometers at a cruising speed of 28-30 knots.

Hiringa has been a critical part of the Chase Zero project and the fueling infrastructure, supplying green hydrogen, developing hydrogen fuel infrastructure, and facilitating market use of hydrogen.