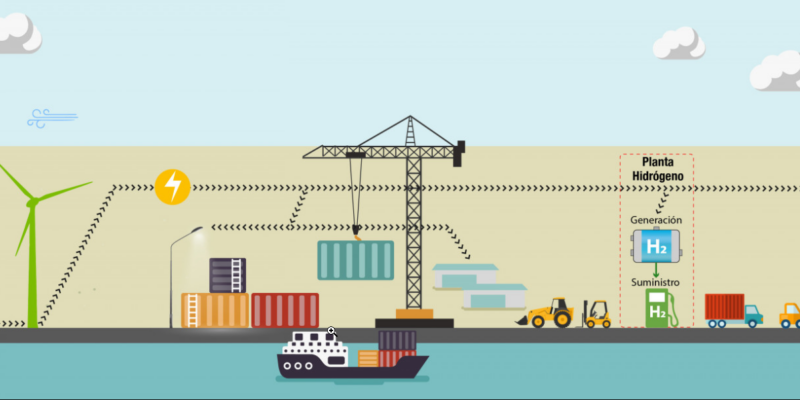 Enerfín, a subsidiary of Elecnor, has applied to the A Coruña Port Authority for an administrative concession to build and manage a green hydrogen production plant called “GREEN H2 Langosteira” in the Outer Port of A Coruña.

The project, which is expected to be operational by the end of 2023, will manufacture hydrogen by electrolysis of water molecules and on-site renewable energy, and will include a hydrogen vehicle refueling station.

The hydrogen produced will be used in a variety of applications, including the transportation of heavy trucks and port machinery via fuel cells, as well as industrial activities, all of which will result in a considerable reduction in greenhouse gas emissions into the atmosphere.

The project is part of the “A Coruña Green Port” program, which is being promoted by the Port Authority of A Coruña. The effort aims to establish A Coruña as a decarbonisation hub and a reference point for green H2 supply in the region.

The plant establishes A Coruña’s Outer Port as one of the first in Europe to incorporate a generating plant and a renewable hydrogen refueling station into its infrastructure.