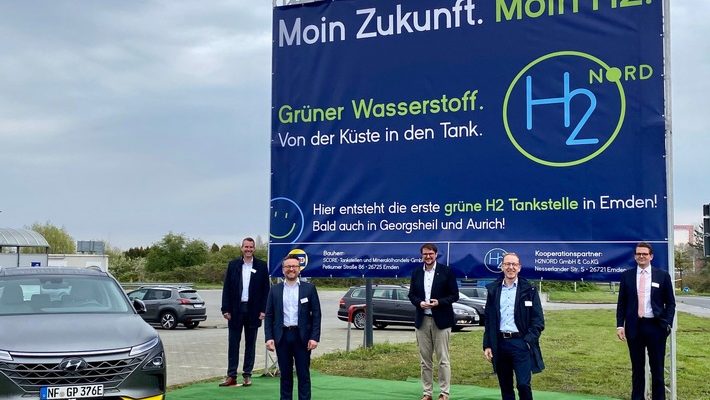 The Emden Energy Park, which was founded at the end of 2020, and it serves as the foundation for H2NORD. GP JOULE, Terravent, and Brons Group, the company’s founding partners, have now formed another joint subsidiary, H2NORD.

It will produce green hydrogen in a 50-megawatt electrolysis plant and sell it through three filling stations in East Frisia at first. For electrolysis, only regional renewable electricity is used, including solar energy from the Emden energy park.

The founders of the new hydrogen society also hope to entice other businesses to join. They’ve already recruited a new member: SCORE Tankstellen und Mineralölhandels GmbH has confirmed its participation. SCORE will not only take part in H2NORD, but will also sell the green hydrogen generated at appropriate and already-existing gas stations.

STATKRAFT, a Norwegian energy firm is a partner in the project. The proposed electrolysis system will be located at STATKRAFT’s Emden power station and will be operated 50/50 by STATKRAFT and H2NORD using local wind and solar energy. With the amount of hydrogen generated, 850 buses could travel through East Frisia without polluting the environment.

Green hydrogen should be accessible within a 100-kilometer radius of Emden starting in 2023. Industry and mobility are two target classes. It should also be eligible for heavy goods buses, local public transportation, urban waste vehicles, and cars at public filling stations. The SCORE petrol station in Emden (Frisiastraße) will be the first to sell the product, followed by Georgsheil and Aurich. SCORE is also testing its other filling station locations in the region, with the green H2NORD hydrogen being provided wherever possible in the future.