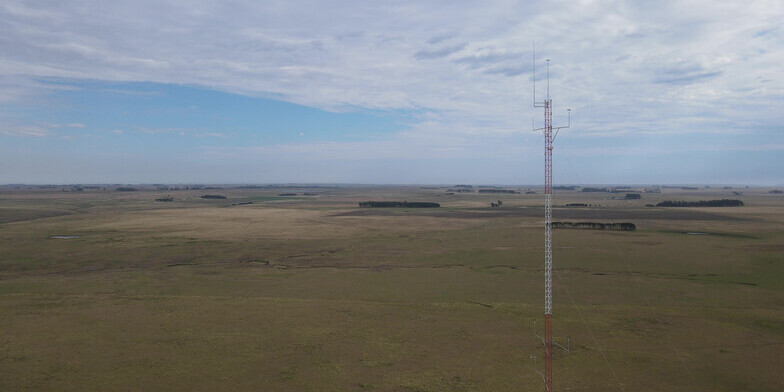 The project will include wind and solar power plants, in addition to an electrolyzer and conversion facilities for the generation of green hydrogen and its derivatives.

Given its world-class wind and solar resources, interest in Latin and South America’s potential for producing green hydrogen has steadily increased in recent years. In addition to the Uruguayan government’s strong commitment to a green energy transition, these are crucial variables for the competitive generation of large-scale renewable energy. Uruguay is currently planning to become an exporter of green hydrogen and its derivatives and is one of the world’s pioneers in the field of renewable energy. The country has the ability to manufacture hydrogen on a gigawatt scale and could, for instance, supply Germany’s entire methanol need.

ENERTRAG is a founding member of the H2Global program, which was established by the government of the Federal Republic of Germany in response to these aspirations. H2Global’s objective is to establish an effective funding program for the rapid market expansion and importation of green hydrogen-based products into Germany. The envisioned finance method will allow for the long-term commercial operation of green-hydrogen reactors and the requisite market expansion to industrial scale.

ENERTRAG has more than a decade of experience in the generation of green hydrogen and is now developing international green hydrogen projects on a big scale in Germany, South Africa, and Namibia. The company has been present in Uruguay for a number of years, collaborating with the German-Uruguayan Chamber of Commerce, among others. In Germany, the company welcomed a delegation led by the Minister of Industry, Energy, and Mining, Omar Paganini, and other government representatives in the last year.

“We want to support Uruguay’s role as a pioneer in Latin America in the implementation of a green energy transition. Uruguay is an ideal partner for Europe and us with its high-quality energy resources, its stable regulatory and political framework as well as its vast experience in permitting and implementing large-scale renewable energy facilities”, explains Aram Sander, Head of Department International Project Development PtX at ENERTRAG. “In addition, the production of green hydrogen and its derivatives offers huge possibilities in terms of growth and structural benefits.”

Tambor Green Hydrogen Hub, which in its first phase will comprise of renewable energy plants (wind and solar photovoltaic) with a combined capacity of 350 megawatts (MW) and an on-site electrolyser, is being planned and developed in collaboration with the Uruguayan project developer SEG Ingeniera. The annual production of 15,000 tonnes of hydrogen will be turned into e-methanol. The e-methanol produced here might replace approximately 10 percent of the conventionally produced methanol from Russian crude oil at the largest German refinery.

Methanol is a vital feedstock for the chemical industry and a transporter of energy. Traditionally, the synthesis gas necessary for methanol production is obtained from fossil fuels such as oil, natural gas, and even coal. Only renewable resources will be utilized for the Tambor project. Consequently, the final product can be referred to as renewable e-methanol, as its manufacture does not release climate-destabilizing greenhouse gases.

“The energy transition can only succeed through international cooperation and green hydrogen is key to this success”, Aram Sander adds. “With a rapid market ramp-up, hydrogen can not only positively contribute to the achievement of global defossilisation,  but also directly reduce dependency on Russian oil and gas, while unlocking immense economic potential worldwide and allowing people to participate.”