This plant will be the first hydrogen generation facility in Peru with a green certification since all of this will be done under the REC certification (given by The International REC Standard). Both businesses agreed to use energy from renewable sources in their production as a condition of signing this agreement.

The Enaex Group will be able to transition to a more ammonia-free production with green hydrogen thanks to this alliance, even though the Industrias Cachimayo production plant already has electrolyzers—equipment required to extract hydrogen. This will help to promote more environmentally friendly mining.

“We are businesses with similar goals and a keen interest in advancing the development and distribution of green hydrogen in Peru and other nations. This is just the beginning, but we are establishing several points of collaboration to make it easier for people to access this special fuel that will be used in a variety of businesses in the future, according to Daniel Cámac, Deputy Country Manager of ENGIE in Peru.

It is significant to note that, in accordance with this commitment, ENGIE is one of the businesses pushing green hydrogen globally, as this fuel is crucial to the energy transition to a carbon-neutral economy.

Enaex Group, a business that offers blasting services to the mining and industrial sectors, is working to cut emissions and transition its operations to a more sustainable future.

It should be mentioned that Industrias Cachimayo has been working on modernizing its facility to guarantee the ongoing functioning of its complex, which is situated in the Cusco region.

“Several years ago, the Enaex Group established a strong and specific mission: to humanize mining. With regard to our sustainability program, the production of green hydrogen is a great first step and a practical action that makes a lot of strategic sense. This will also enable us to leverage a number of projects and initiatives that are already in the works, not only in Peru but also globally, said Rodrigo Pastor, Country Manager of ENAEX in Peru. 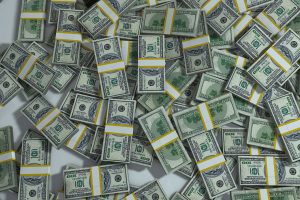 ENGIE North America gets funding for its renewables portfolio