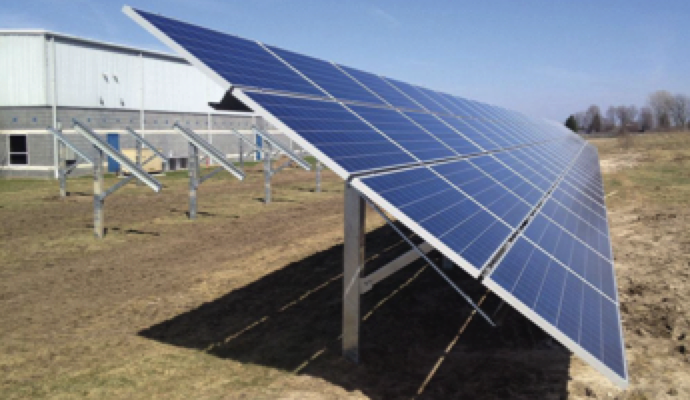 The Spaceport covers 700 square kilometers and comprises the launch range, three operational launch complexes with another under development for Ariane 6, and propellant manufacturing plants.

About half the power at the base is used to cool buildings while energy-intensive solid and liquid propellant processes take up most of the rest. The yearly bill is several million euros.

ESA and CNES plan to cut costs by reducing the reliance on the French Guiana grid and transitioning to ‘green’ and renewable energy sources on site. These new energy sources are intended to provide 90% of the electricity consumed at the base by end-2025.

The energy transition plan is based on two major pillars: the introduction of solar fields (up to 10 MW peak) delivering the first electron by the start of 2023, followed by two biomass units the same year with the intention of utilizing the waste heat for cooling buildings. This mix could save about 50 GWh per year, reducing the carbon footprint by about 45 000 tones of carbon dioxide (CO2) equivalent.

These development plans were approved at Space19+.

“Solar panels would in the first instance, allow a technology learning curve. Further extending the number of panels would bring additional power to the Spaceport to supplant an aging French Guiana grid by 100% green energy.

“In the future, solar energy would be used to recharge fuel cells at the Spaceport. Biomass units, installed and operated by a third party, would also supplement the French Guiana grid. A workforce of 250 will work on the biomass overall cycle, boosting local employment.”

The principle of a biomass power plant consists of using dead wood to produce bio-gas in gasification chambers and obtain electricity via a co-generation process – the carbon dioxide produced is offset by the crop’s sequestering of carbon dioxide from the air.

About 75% of the energy contained in the fuel is dissipated as heat, made use of via absorption groups to feed the air conditioning system of the Spaceport.