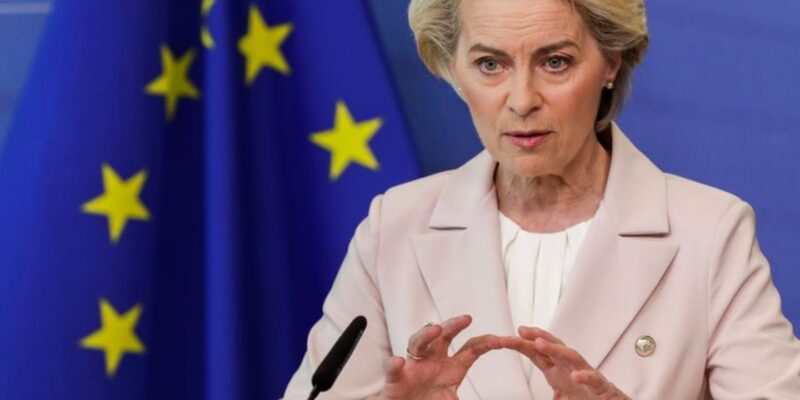 “An EU-wide coordinated speed restriction and two days of home office each week are what we need,” remarked Claude Turmes of the German Press Agency. This might save 2.5 million barrels of oil when combined with car-free weekends in key European cities. “I implore the Commission not to squander this chance to put Europe on this course,” Turmes added.

The EU Commission will offer a detailed plan to supply the EU with long-term energy without relying on Russian fossil resources on Wednesday. According to drafts made available to the German Press Agency, the authority wants more ambition in the growth of renewable energies, in addition to higher energy conservation objectives. The content of the texts is subject to change.

By 2030, the EU should generate 45 percent of its energy from renewable sources, rather than the previously targeted 40 percent. Simultaneously, it is expected that a proposal will be made to cut energy use by at least 13% by the end of the decade, rather than the previously targeted 9%. The drafts include no mention of a speed restriction; nevertheless, other recommendations to minimize energy use will be submitted.

According to the drafts, the EU would need to spend a total of 195 billion euros by 2027 to become energy independent of Russia, on top of the efforts already envisaged under the “Fit for 55” climate package.

According to EU Commission recommendations, the number of solar power systems should be more than treble by 2028, among other things. For example, the Commission wants solar cells installed in all industrial buildings, with new structures following suit. She is also anticipated to offer a legislative proposal that would allow for one-year approval procedures for some facilities.

The Commission also relies on environmentally benign hydrogen, which is generated from renewable energy and may partially replace gas. She wants to give manufacturing parameters, among other things. According to preliminary data, 10 million tons will be produced in the EU by 2030, with another 10 million tons imported. New gas suppliers, such as the United States, are also being considered by the Commission. She also wants to suggest restricting the price of gas across the EU if Russia cuts off the gas faucet in an emergency.

The money for the revisions should come from the EU agriculture policy pot or the Cohesion Fund for regional development, according to the plan. As a result, more funds might be raised by auctioning new carbon trading certificates (ETS). Electricity generators, for example, must purchase credits for the production of climate-damaging gases under the scheme.

The entire amount is unclear based on the drafts. It might be around 200 billion euros, according to EU sources. The document proposes that monies be allocated through the RRF development instrument, which was established in the aftermath of the Corona crisis.

The package, according to CDU MEP Markus Pieper, features more aggressive renewable energy expansion ambitions, which are to be applauded. You must improve in the following areas: “Some of the suggestions take hazardous turns, such as the hydrogen production criteria,” warned Pieper. These contained unfulfillable specifications for the industry.

Michael Bloss, a Green Party MP, agreed. He told that “The EU Commission is taking a step toward 100 percent renewable energy.” Important signals include a European solar requirement and increased ambitions for renewable energy growth. Bloss, on the other hand, was critical of the package’s projected finance. More CO2 emissions result from selling an extra million tons of carbon dioxide (CO2). Bloss stated, “Unleashing a carbon storm to fund the package cannot be our purpose.”