During Cop27, which will begin this week in Sharm El Sheikh, the European Union has declared that it will sign a partnership agreement on hydrogen and renewable energy with Egypt.

The official stated, “We are gradually reaching out to our allies, like Egypt, to assist make this a reality.

According to the official, the deal with Egypt would work to create a “conducive certification of renewable hydrogen that may be transferred between Egypt and Europe.”

Following a meeting in Cairo in June, Presidents of the EU Commission Ursula von der Leyen and Abdel Fattah El Sisi jointly said that they will concentrate on cooperation in the renewable energy sector.

An earlier trilateral deal for the export of natural gas to Europe was signed by Egypt, the EU, and Israel.

During roundtables on Tuesday, Ms. von der Leyen, who will be in Sharm El Sheikh early the next week, is anticipated to give suggestions on the trading of renewable hydrogen.

Later in the week, negotiations will be led by Frans Timmermans, executive vice president of the European Commission.

According to a recent report from Deutsche Welle, the Egyptian government plans to unveil its green hydrogen strategy during Cop27, which runs from November 6 to 18.

Yasmine Fouad, Egypt’s environment minister, told The National in September that the country is on track to have all of its national projects comply with green standards by 2030.

Additionally, the Gulf nations are increasing their hydrogen trade with Europe. Last month, the first shipment of low-carbon ammonia from the UAE to Germany was completed.

The developing world has accused Europe of being hypocritical for seeking new gas contracts this year in spite of its climate commitments in the wake of Russia’s invasion of Ukraine.

According to the EU representative, Brussels is dedicated to doing “all it can” to keep global warming to 1.5°C this century. By enacting regulations, Brussels hopes to achieve carbon neutrality across the continent by 2050.

According to a UN analysis, the earth is still on course for an average rise of 2.7°C even if all the pledges made so far are fulfilled. 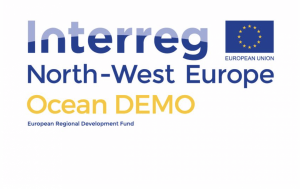