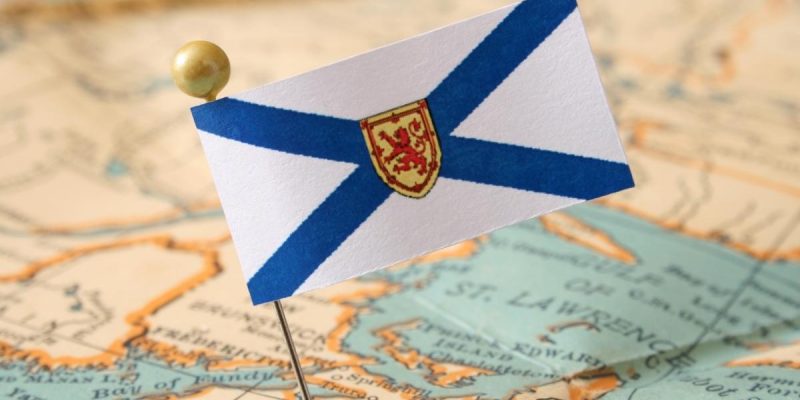 Under the terms of the Memorandum of Understanding, EverWind and Uniper seek to execute a binding offtake arrangement for 500,000 tonnes per year of green ammonia. Point Tupper is a multi-phase green hydrogen and ammonia production and export facility that is in advanced stages of development and is anticipated to begin commercial operation in early 2025. It will be the first facility of its kind in Atlantic Canada.

With the signature of this MOU with Uniper and another offtake MOU at the same time, EverWind now has commitments to put in place offtake for one million tonnes per year of future green ammonia production at Point Tupper.

The MOU was announced this morning in advance of a green hydrogen/green ammonia exhibition that will take place today in Stephenville, Newfoundland and Labrador, and which will be attended by Canadian Prime Minister Justin Trudeau, German Chancellor Olaf Scholz, Nova Scotia Premier Tim Houston, and other industry and political leaders. Minister of Natural Resources Jonathan Wilkinson and German Vice Chancellor Robert Habeck are anticipated to sign a joint Declaration of Intent to form a Canada-Germany Hydrogen Alliance during the event.

The relationship with Uniper highlights EverWind’s commitment to Nova Scotia: Premier Houston has indicated a desire to make Nova Scotia a leader in the generation of green hydrogen, and EverWind is committed to becoming the first to realize this goal. The agreement also underlines EverWind’s dedication to the global energy transition and bolsters Uniper’s aspirations to become a leading provider of decarbonization solutions. The green ammonia supplied to Uniper will aid in the decarbonization of Germany and other European nations while lowering Germany’s reliance on Russian fossil fuel-based products.

“The transformation of our industry continues. Therefore, I am pleased that E.ON and Uniper each have signed a Memorandum of Understanding on the supply of green ammonia from 2025 on with the Canadian company EverWind Fuels. This is an important step not only to strengthen our bilateral economic relations, but also for a future-oriented and sustainable energy supply” said German Chancellor Olaf Scholz.

Premier Tim Houston commented, “EverWind’s project supports our Provincial goals of decarbonization and green energy leadership. The development of EverWind’s Point Tupper site is incredibly encouraging as a regional green hydrogen hub for Eastern Canada, including new green hydrogen and ammonia production facilities. We are excited about the opportunities that green hydrogen and green ammonia projects provide for the Province, including new clean energy jobs, supporting Nova Scotia’s carbon emissions reduction targets, and establishing Nova Scotia as a global leader in the production of green hydrogen for domestic and export markets.”

Jonathan Wilkinson, Minister of Natural Resources underlined Canada’s important role in the global energy transition, saying, “Canada has enormous potential as a reliable supplier of energy in a net-zero world. Our government is committed to working with our allies to ensure Canadian resources ensure clean energy security at home and around the world.”

Trent Vichie, CEO of EverWind commented: “Green hydrogen and ammonia will play key roles in the fight against climate change and the desire for improved energy security in Europe. Today’s announcements will kickstart the transition of fossil fuel jobs in Nova Scotia to the new green economy. By working together with our partners in government, industry and Indigenous communities, we are sending a clear message to the world that we are in this together.”

Klaus-Dieter Maubach, CEO of Uniper commented, “One of Uniper’s major goals is the effective decarbonization of other industries as well as its own, while still being able to provide security of supply. Especially, in these times Uniper is delighted to start the partnership with EverWind to accelerate the energy transition and diversify our supply. Uniper is building up a portfolio of H2 products on a global scale by originating, transporting and finally supplying customers mainly in Europe in the future. The EverWind project is a very promising opportunity to source green Ammonia based on excellent conditions and governmental relations to support the endeavor. We are excited to cooperate towards an offtake from EverWind in Nova Scotia.”