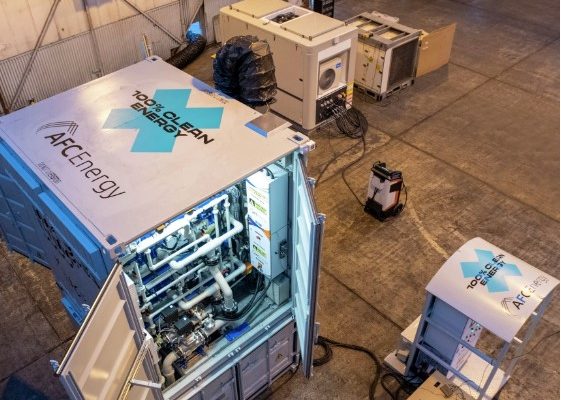 Extreme E with AFC Energy has launched the hydrogen fuel cell generator which will play a key role in the opening season of this new electric racing series, starting April 2021.

This technology will allow Extreme E to charge its race fleet using zero emission energy, with the only by-product being water for utilization elsewhere at each of its five races.

AFC Energy has worked closely with Extreme E to design and complete a bespoke fuel cell and operating system, requiring a detailed understanding of the extremities of conditions in each race location to support the system’s deployment in being able to charge all of the championship’s ODYSSEY 21 electric SUVs.

With the system getting the green light, it has now been distributed ahead of being loaded onto Extreme E’s floating centrepiece, St. Helena, prior to its departure from the UK in mid-February for Saudi Arabia.

“Hydrogen fuel cell charging in the world of motorsport is truly ground breaking, and Extreme E is the first event of its kind to utilize this technology. The product from AFC Energy offers an end-to-end emission free solution for running our electric vehicles, and I hope it will inspire other organisations to investigate sustainable low emission alternatives when running their events.

“The sign-off from the team is a real milestone for Extreme E, and I’m looking forward to seeing the hydrogen fuel cell in action at our first race in Saudi Arabia in just a couple of months’ time. It has not been easy to get where we are today, but the team has been more determined than ever to make Extreme E a reality, because the climate crisis isn’t on hold for anyone or anything.”

“Hydrogen continues to gain momentum as a viable worldwide platform that affords a key solution to the decarbonization of sectors where electrification and grid infrastructure is absent. Extreme E’s vision to use motorsport as a platform to introduce new technologies, such as fuel cell technology, to support this goal is to be congratulated and AFC Energy is very proud to be associated with such a landmark initiative.

“The past few months have delivered many new challenges in meeting the robust specifications of the first Extreme E season to account for the range of conditions in each of its five rounds, and today’s unveiling reflects a strong collaborative effort from both organizations. Our collaboration with Extreme E provides an incredible global platform to highlight the deployment of our robust, innovative zero-emission system that will ultimately support the decarbonization of incumbent off-grid power systems across a number of global industries including maritime, rail and construction.

“I look forward to Extreme E and AFC Energy’s teams working closely together to make the championship a success in 2021 whilst properly highlighting the climate change challenges faced by different ecosystems to encourage global decarbonisation.”

Equinor and bp wrap up US offshore wind transactions