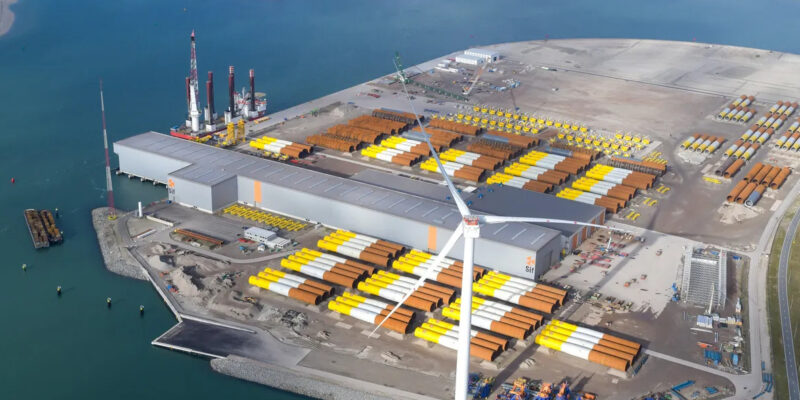 Sif Group, on behalf of KCI the engineers, GE Renewable Energy, and Pondera, have signed a Memorandum of Understanding for the feasibility study of the “AmpHytrite” Green Hydrogen Centralized Offshore Wind Production Project.

If the study’s findings are positive, the AmpHytrite demonstrator will be built at Sif’s Maasvlakte 2 terminal in the Port of Rotterdam, taking into account all current and future safety boundaries. The Maasvlakte 2 terminal allows the unit to be deployed safely without interfering with Sif’s core business or future expansion plans. By 2023, the demonstrator should be operational and tested.

The project scope would look at the end-to-end process, from the green electrons provided by the Wind Turbine Generator (WTG) to the required offtake profile for the onshore hydrogen customer, in order to simulate the complexity of having a centralized green hydrogen unit operating offshore and off-grid. The MoU would allow the parties to implement a demonstration project to prove that a full-scale commercial offshore, off-grid, centralized green hydrogen windfarm project is feasible.

The project will be divided into three phases, according to the MoU. Phase one would include a feasibility study of offshore, off-grid centralized green hydrogen production by project teams from KCI, Sif, Pondera, and GE Renewable Energy. During the second phase, which is expected to be operational by 2023, a small-scale onshore unit (producing approximately 750 tons of green H2 per year) will be installed at Sif’s Maasvlakte 2 terminal, powered solely by the Haliade turbine on site, as if it were offshore and off-grid.

The goal of this phase would be to develop and build a smaller version of the main phase as a proof of concept, incorporating all of the complexities of offshore and off-grid operation while being installed onshore at the Sif terminal. The concept would be scaled up to a full-scale windfarm, offshore and off-grid, in the third phase, using the tested technology of phase 2.