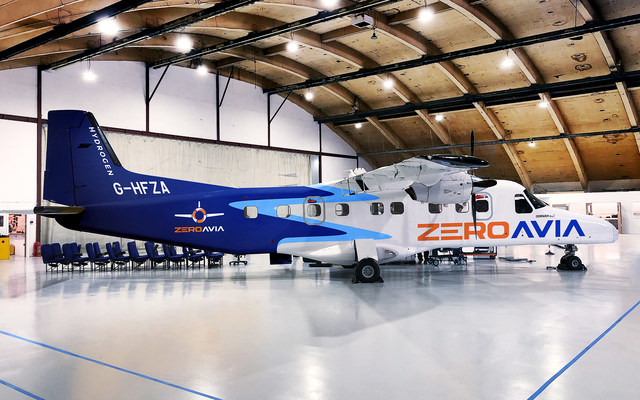 In 2024, a 19-seater aircraft will operate zero-emission commercial passenger flights between Rotterdam The Hague Airport (RTHA) and London.

ZeroAvia is actively working on an airplane that will run entirely on hydrogen. Rotterdam-based ZeroAvia is part of the Royal Schiphol Group. Today, the Hague Innovation Airport Foundation and the airport itself established a collaboration to achieve this goal.

The agreement establishes a firm timeframe for the introduction of the world’s first zero-emission commercial passenger flights between the United Kingdom and the Netherlands, as well as the world’s first international commercial operation. ZeroAvia and the Royal Schiphol Group are in early negotiations with airlines to find a partner for the proposed route.

ZeroAvia and Royal Schiphol Group will collaborate to test and demonstrate hydrogen supply chain refueling operations and integration with airport operations as part of their cooperation to create this commercial route. The two firms will also cooperate to provide a route for commercializing hydrogen-electric aircraft, including developing the necessary legislative framework and determining industry and public demand for zero-emission hydrogen-powered flying.

In the Netherlands, ZeroAvia recently created a legal company. This will allow the firm to develop commercialization and cooperation prospects with airports, airframe manufacturers, and/or airlines in the Netherlands and throughout the European Union.

ZeroAvia has concentrated its research and development efforts on creating a hydrogen-electric powertrain – which uses hydrogen fuel cells to power electric motors – as a realistic means of addressing aviation’s climate change consequences on a large scale. The only emission from ZeroAvia’s hydrogen-electric powertrain is water vapour at controllable temperatures, enabling for long-term flights.

Hydrogen-electric propulsion will also have cheaper operational costs, which will make routes more appealing to airlines, airports, and passengers.

Sergey Kiselev, Head of Europe, at ZeroAvia, said: “This deal means that, in just three years’ time, you should be able to board a flight and make the hour journey between the UK and the Netherlands without worrying about the impact on the climate. Working with partners like Royal Schiphol Group, we are making true zero emission flights a reality for passengers in the first half of this decade.”

Ron Louwerse, CEO, of Rotterdam the Hague Airport, said: “Boarding a zero-emission flight from Rotterdam to London is only the beginning of green aviation, and that will only be made possible by pioneering and promoting innovation in the sector. With the Netherlands as the testing ground for aviation, we strengthen our competitive position, knowledge base and business climate.”