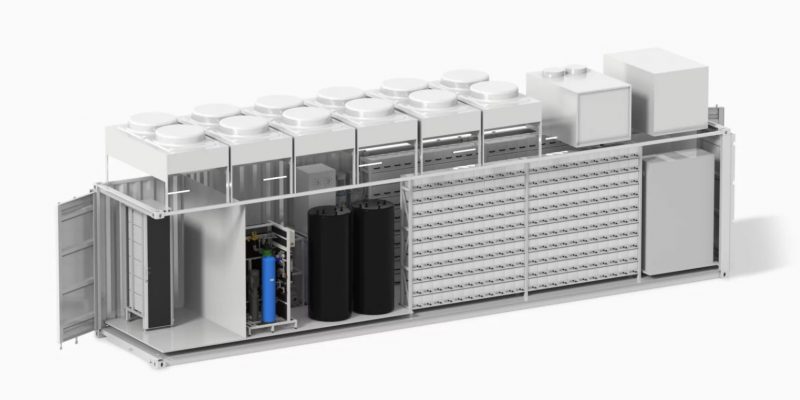 The final stages of development for the new model have begun, extending the revolutionary potential of ion exchange membrane (AEM) technology even further.

Next year, the AEM Multicore will be released on the market, allowing for low-cost, scalable, and reliable green hydrogen production. Orders are now being accepted.

Enapter, as the pioneer in AEM electrolysis technology, will lower the cost of green hydrogen by mass-producing standardized goods. The AEM Multicore is no exception, with 440 mass-produced electrolyser core modules – dubbed “AEM stacks” – in a device capable of producing 450 kg of hydrogen per day. This is the equivalent of around 9.5 barrels of crude oil in terms of resources. It provides a lower-cost alternative to conventional megawatt-class electrolysers while also proving highly sensitive to fluctuations in renewable electricity supply thanks to its modular design.

In comparison to traditional systems, the multi-core approach improves reliability. If one of the stack modules fails, it can be replaced in a few easy steps, and the hydrogen production system’s “balance of plant” system has built-in redundancy. The AEM Multicore’s unique modularity enables it to adapt output levels flexibly in response to shifts in renewable energy supply.