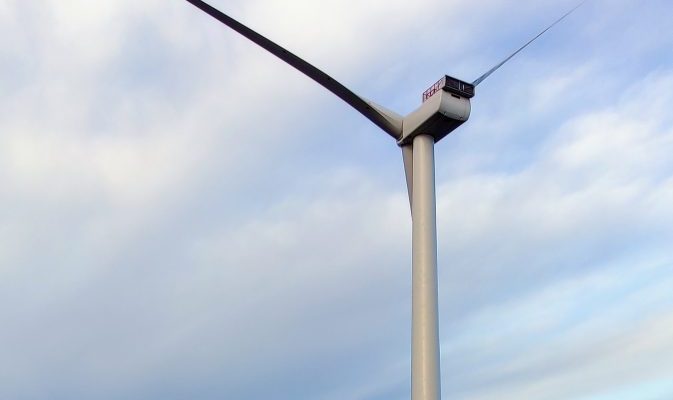 The first of 90 turbines has been successfully installed at the Triton Knoll offshore wind farm.

The V164-9.5 MW turbines are produced by Vestas, which has put its Isle of Wight and Fawley blade facilities at the heart of component development.

All blades, nacelles and tower parts are handled by a sophisticated turbine pre-assembly and development base set up by Triton Knoll and Vestas at the Able Seaton Port in Teesside. The installation is carried out by DEME, using the Wind Osprey jack-up vessel supported by Cadeler.

The 9.5MW turbines are among the most powerful working in the world and capable of energizing an average UK household for more than 29 hours with only one blade turn. Every turbine has a larger area than the London Eye (187 meter turbine, 120 meter London Eye) and is 187 meters from the base of the tower to the tip of the blades.