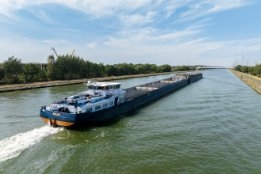 Further agreements have been made about the project to convert Future Proof Shipping’s inland vessel FPS Maas to run on hydrogen bunkers by Holland Shipyards Group (HSG).

Early last week, the ship landed at the Holland Shipyards Group site in Werkendam to begin its refurbishment.

Retrofitting entails removing the primary engine and transmission, switching to a hydrogen-powered propulsion system, and installing a new modular propulsion system. A PEM fuel cell system (required for turning hydrogen into power) and a battery system will be included in this, according to the yard.

Fuel cells, batteries, and compressed hydrogen tanks are all distinct parts that may be taken out for maintenance or repair. The vessel’s cargo area will house the hydrogen and fuel cell system. Group of Holland Shipyards

The fuel cell system will be triple redundant and have a 504 kWh lithium-ion battery pack for peak shaving, secondary power, and bridging power in addition to its 825 kW capacity (for propulsion and auxiliary power). A 750V DC bus bar and an e-motor will be part of the system.

FPS previously informed Ship & Bunker that the Maas’s bunkering process comprises replacing empty hydrogen canisters with filled ones rather than filling the ship’s tanks with fuel.

According to the business, “it is comparable to loading and emptying a gas canister into a vessel.”

By the end of the year, FPS anticipates Maas to be operational and utilizing hydrogen bunkers.

Due to its non-carbon energy source, hydrogen is viewed as a leading option to become a significant component of the future marine fuels mix as the global maritime transport sector works to decarbonize its operations.

Projects by pioneers like Future Proof Shipping are being keenly followed while the creation and usage of hydrogen-powered ships are still in their very early stages.

Government and Promigas discuss the use of green hydrogen 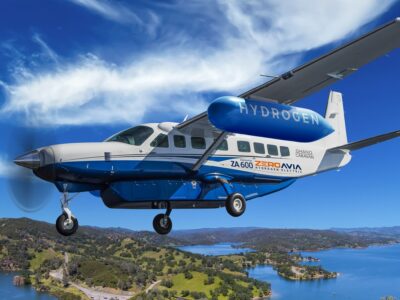