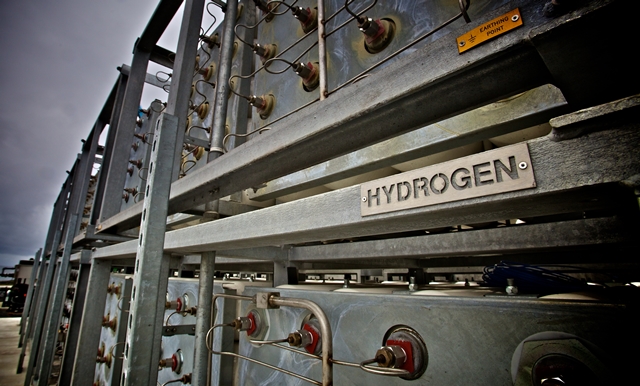 A collaboration with Russian partners in the manufacture of “white” hydrogen, “turquoise” hydrogen, and “blue” hydrogen is being considered by the French business Engie.

This was revealed on Wednesday in Moscow by Didier Holleaux, executive vice president of the company, during the Choiseul Russia business event.

And why are French businesses interested in establishing hydrogen production facilities in Russia?

It was decided to classify hydrogen as a conditional element as part of the EU’s strategy for the transition to a new hydrogen economy, which was based on the principles and methods of its production, as well as the presence or absence of a “carbon footprint,” which refers to emissions of carbon dioxide and other greenhouse gases into the Earth’s atmosphere.

When seen on this conditional scale, the cleanest and most acceptable hydrogen for usage in the EU is regarded to be “green,” meaning that it is produced by electrolysis of water using energy derived from renewable sources (RES). There is “blue” hydrogen, which is hydrogen that has been generated from natural gas. As a by-product of its manufacturing, carbon dioxide is collected and stored in specific storage facilities, which are typically abandoned gas or oil fields.

Hydrogen in the form of “yellow” is acquired from nuclear power plants, whereas hydrogen in the form of “turquoise” is created by methane pyrolysis. The usage of these four kinds of hydrogen is deemed permissible in the European Union. It is possible to export any of these products from Russia and have them be of interest both to Russian manufacturers and to European purchasers. Remember that all of these forms of hydrogen are of artificial origin, meaning that they are created through unique technical processes that have been designed and manufactured by humans.

It should be noted that there is another sort of hydrogen that is not technically listed in the EU papers, but which is permitted to be sold as having a zero carbon impact. This is the natural hydrogen that is referred to as “white.” There isn’t much of it on Earth – at least not in the surface layer of our globe, which we have learnt to produce industrially throughout the course of human history. On spite of this, there exist natural hydrogen reserves, and there are quite a few of them in Russian territory.

Using industrial methods, it is feasible to extract free form subterranean hydrogen. When this problem was investigated in the 1990s of the previous century, it was discovered that there were significant deposits in both Russia and Africa. However, although oil and natural gas were in high demand and were relatively inexpensive, no one was interested in the extraction of natural hydrogen, which is a time-consuming and difficult operation. However, the artificially induced demand for hydrogen in the EU now has the potential to elevate the issue of its extraction from natural reserves to the top of the priority list.

I believe that our Russian friends are the only ones who have shown an early interest in the generation of natural hydrogen, which makes this a particularly attractive topic for Franco-Russian cooperation. As a matter of fact, Engie is one of the few firms that is interested in natural hydrogen, according to Vice President Didier Ollot.”