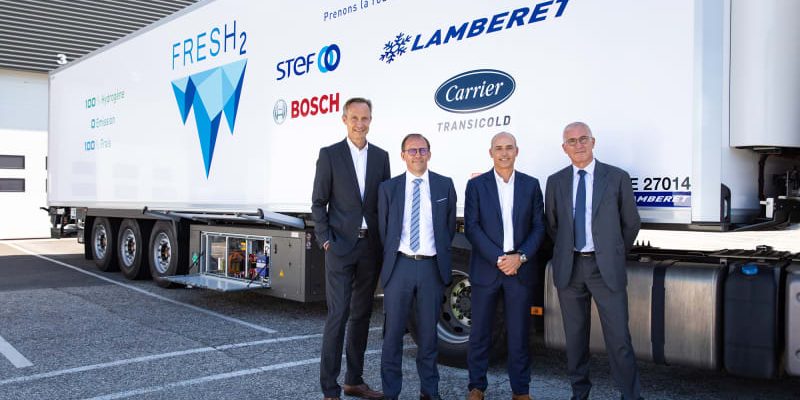 The FresH2 fuel cell project, which was launched by Bosch and Carrier Transicold in conjunction with Lamberet, a bodybuilder, and STEF, a European specialist in temperature-controlled food distribution, has begun road testing.

FresH2 is a quiet and clean alternative for delivering energy to refrigeration units aboard temperature-controlled road transport semi-trailers.

STEF Chambéry site teams in France will test the system this month under real-world situations as part of a round of food product distribution.

The system will be evaluated to evaluate efficiency and highlight any areas for improvement for the future industrialized version once it has passed all tests required for road license. Bosch’s ultimate goal with this innovation is to build a cost-effective, turnkey solution in Rodez that can be installed into any type of refrigerated semi-trailer, new or used, and so contribute on a broad scale to the Paris Agreement’s climate neutrality target for the transportation sector.