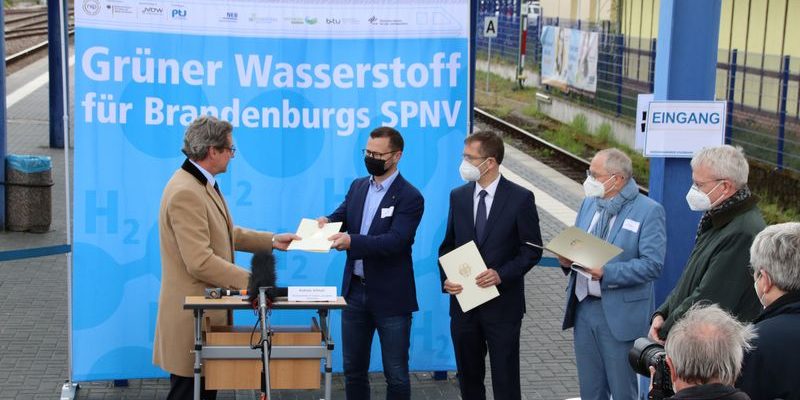 The German Federal Ministry of Transport has allocated €25 million to a project in Brandenburg that will use green hydrogen in rail transportation.

The project to link the surrounding area to Berlin’s metropolis cost €100 million, according to Federal Transport Minister Andreas Scheuer on May 3.

Niederbarnimer Eisenbahn aims to use six hydrogen fuel cell trains, and the reactivation of the Heidekrautbahn’s main line would create additional synergies, according to the company.

The National Hydrogen Strategy will be implemented in a compatible manner with this initiative. Fuel cell-powered trains will be running on the regional railway line RB27 by December 2024, according to Scheuer.

According to Enertrag CEO Jörg Müller, the green hydrogen will be manufactured entirely from locally generated renewable energy.

Kreiswerke Barnim will construct the facilities, which will include a hydrogen filling station.

Guido Beermann, Germany’s Transport Minister, expressed his delight that the historic Heidekrautbahn main line would be reactivated, and that this project would mark the beginning of the delivery of climate-friendly hydrogen infrastructure.