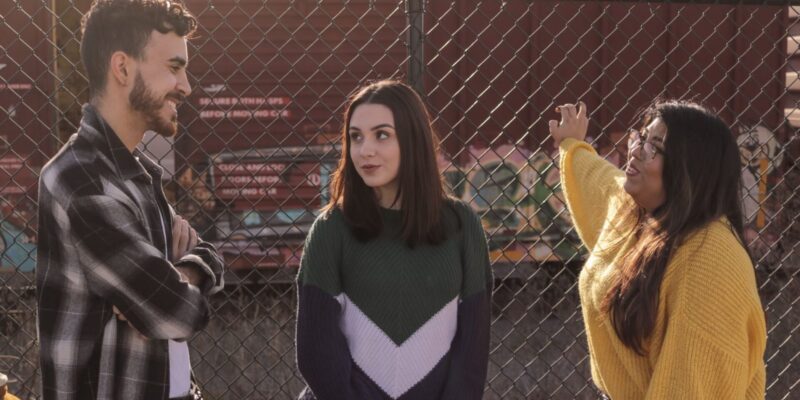 The key focus of the new German Foreign Minister Annalena Baerbock’s initial travels to Kiev and Moscow was conflict and peace. Because everyone’s attention was drawn to them, other issues addressed by the Berlin visitor inadvertently receded into the background in public opinion. This includes energy.

Burbock didn’t mention anything new regarding the Russian gas pipeline’s future. Her remarks on collaboration in the realm of hydrogen, on the other hand, featured both fresh and old accents. The minister gave a lot of time to this issue, which is of strategic significance in Berlin, during her talks to media in both capitals.

Particularly in Kiev, where the German Foreign Ministry’s chief announced the opening of a Hydrogen Diplomacy Bureau at the German Embassy to “start particular projects as soon as feasible.” Last year, the German side expressed interest in establishing a comparable section at the embassy in Moscow, but the process dragged on.

As we can see, Berlin has come to the conclusion that establishing a center to assist potential partners in the two nations in establishing relationships and cooperating is also necessary in Ukraine. Burbock scheduled a meeting with officials of the Ukrainian Hydrogen Council group during her first visit to Kiev.

At the same time, Annalena Berbock, Germany’s Minister of Foreign Affairs and co-chair of the German Green Party, left no doubt in Kiev about the direction “our energy partnership” should take, as she put it bluntly: “Both Germany and Ukraine require large-scale development of renewable energy sources and rapid growth of the green hydrogen market.”

This is vital, she said during a news conference in Kiev, both for the execution of the Paris climate accord and to enhance the European Union’s and Europe’s energy sovereignty, including Ukraine’s.

As a result, the German minister stated unequivocally that the rapid expansion of renewable energy sources (RES) aims to achieve not only climate neutrality but also independence from fossil energy providers, suggesting Russia.

The current German administration, on the other hand, wants to work with Russia to promote RES in every manner possible. “We are really interested in Russia’s enormous potential in the sector of renewable energy,” Annalena Burbock said at a news conference in Moscow, adding, “We will not be able to deal with the climate catastrophe without the cooperation of the world’s largest country.”

As a result, the new head of the German Foreign Ministry has significantly shifted the usual emphasis: whereas previous generations of German politicians saw Russia as an important supplier of (fossil) energy sources, the new generation of German politicians sees the Russian Federation as an indispensable partner in reducing greenhouse gas emissions and shifting the entire planet to a path of sustainable, non-destructive development.

“We need a stable Russia in order to continue to supply Europe with gas in the next years throughout the transition phase, which we will need for several more years,” Annalena Burbock said. The message is clear: the German government acknowledges that Germany and the EU cannot currently live without natural gas, but it will do all necessary to cut natural gas usage as soon as feasible as renewable energy sources are developed.

This isn’t a new signal, and it’s unlikely that anybody in Russia’s senior leadership is particularly perplexed by it: Moscow has a long history of skepticism toward renewable energy sources and believes that Europe will want Russian gas for a long time in huge amounts. The bad news for Gazprom is that Annalena Burbock has stressed “green” hydrogen, as she did in Ukraine while speaking of Russia’s “very huge potential in the sector of hydrogen.”

In fact, the Russian gas company is eager to collaborate with Germany in the field of hydrogen, but they want to supply their largest export market with H2 produced by various technologies from natural gas rather than the environmentally friendly H2 obtained from water by electrolysis using renewable energy.

And now, the German Foreign Minister arrives in Moscow and declares flatly that Germany needs mostly “green” hydrogen from Russia. Almost simultaneously, in Berlin, the Ministry of Economics and Climate Protection, led by Vice-Chancellor and Green Party co-chair Robert Habeck, chooses, according to German media, to promote only “green” production by financial and other means, but not “blue.” “hydrogen is a kind of gas.

This will significantly diminish Gazprom’s prospects of implementing a proposal to establish a factory in Germany to produce hydrogen from natural gas in the Lubmin region, close to the Nord Stream and Nord Stream 2 gas pipelines’ receiving ports. The Russian Federation’s commercial mission in Germany unveiled this proposal at the end of November. Simultaneously, plans established at the highest political level in Moscow to provide Germany with “blue” hydrogen via Nord Stream 2 in the future are becoming increasingly utopian.