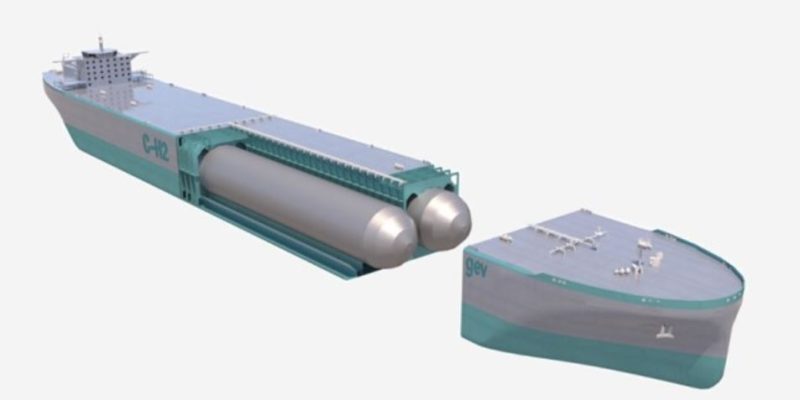 The approval is a prerequisite to receiving approval for construction from ABS, and it is widely regarded as the most significant technical obstacle to the commercialization of the CH-2 ship and supply chain.

“The receipt of AIP, together with the associated road map to construction approval, have substantially de-risked the way ahead to the construction-ready milestone,” according to Global Energy.

Martin Carolan, the business’s chief executive officer, stated that the company will now collaborate with ABS to advance the different engineering phases.

‘We are delighted to have obtained this certification, which follows a similar approval gained by ABS earlier this year for our CH-2 ship with a capacity of 2000 tonnes,’ he added.

We look forward to working with ABS to ensure that our CH-2 ships continue to achieve the highest levels of safety.” ABS is a major classification association for gas carriers.

Greenfield hydrogen projects that will be developed for export by the middle of the next decade will benefit from Global Energy’s revolutionary CH-2 ship, which is a highly functional, Handymax-sized gas carrier intended to fulfill the requirements of these projects.

Ocean-going ships of the Handymax class are quite tiny and can fit through most port entrances.

The boats, which have a cargo carrying capacity of up to 60,000 tonnes, are among the smallest bulk carrier ships currently in operation.

The compressed hydrogen ship is fitted with an electric drive propulsion system that makes use of highly-efficient, dual-fuel engines designed by the Finnish company Wartsila to power generators that are in turn linked to two electric drive-fixed pitch propellers to push the ship forward.

The ship can also be fitted with dynamic positioning systems, which allow it to maintain its position by employing bow and aft thruster systems, and which help to ensure that offshore loading operations are safe and efficient.

As part of this collaboration, Global Energy is also collaborating with Canadian clean technology company Ballard Power Systems to ultimately power their innovation with marine fuel cells that run entirely on hydrogen, resulting in a zero-carbon shipping solution.

In his statement, Mr Carolan stated that ongoing discussions with the operators of several hydrogen development projects have reinforced the belief that compression can provide a “simple and energy-efficient” shipping solution between hydrogen suppliers and customers over a distance of up to 4500 miles.

According to him, “our CH-2 scoping research has created a platform for commercial and technical conversations with third parties.”

It is heartening to see how many [hydrogen] organizations continue to inquire about compression as an option to the various types of carriers that are being considered throughout their FEED selection process.

Earlier this month, Global Energy announced a collaboration with the HyEnergy zero carbon project, which is located on Western Australia’s Gascoyne coast, in which its pilot CH-2 ship will be used as a base case in a feasibility study for the transportation of green hydrogen to markets in the Asia-Pacific region.

The project, which is run by Province Resources and the independent French renewable firm Total Eren, is centered on the building of an 8 gigatonne renewable energy facility as well as a downstream hydrogen production facility.

Global Energy, according to Mr Carolan, is still in discussions with a number of partners about conducting comparable feasibility level studies in order to achieve selection in their FEED design for an integrated hydrogen export project.