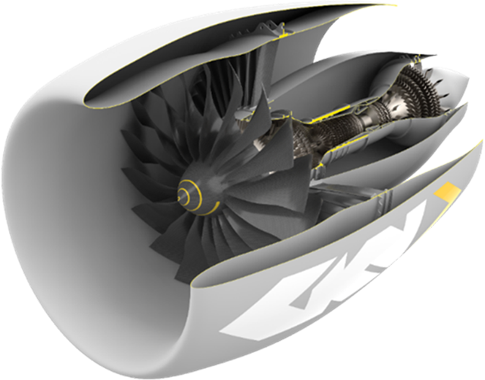 Hydrogen is projected to play a critical role in aviation’s decarbonisation strategy due to its ability to power aircraft efficiently while producing only water as a byproduct. Direct combustion, which is the emphasis of H2JET, or onboard electrical generation via a fuel cell, which is the focus of GKN Aerospace’s recently launched ‘H2GEAR’ program.

While H2GEAR is investigating a liquid hydrogen propulsion system for sub-regional aircraft, H2JET is investigating hydrogen combustion-powered turboprop or turbofan engines for the single aisle market in preparation for possible service on intra-European routes in 2035.

H2JET positions GKN Aerospace at the forefront of the technical advancements required for a more sustainable aviation future. This would usher in a new era of clean air travel, obviating the need for damaging CO2 emissions.