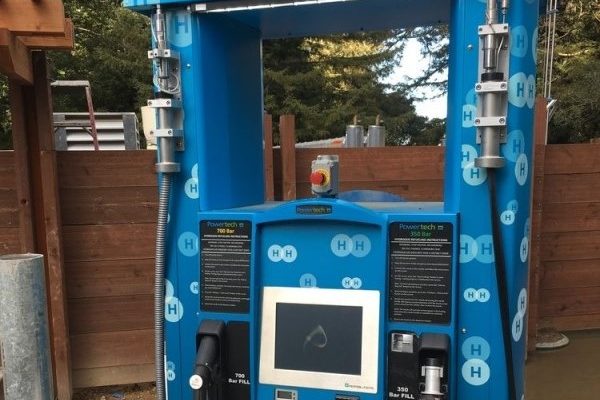 As Tersus Power looks to roll out its first of its kind 1250Kg per day Hydrogen Production & Dispensing Station, what makes it stand above all the other hydrogen generation technologies?

1) Tersus is lowering the barrier to entry into the market by reducing the initial capital investment required to deploy a hydrogen fueling station.

3) Ability to produce and dispense hydrogen onsite at a significantly lower price than any known competitor currently in the market today.

4) Onsite translates to eliminating the need and associated high expense of transporting hydrogen from offsite “refineries.”

The Tersus Hydrogen Production Station looks to be a solution to the California Clean Transportation Program. Hydrogen fuel cell electric vehicles are critical to the state’s goal of getting 1.5 million zero-emission vehicles on California roads by 2025. They are also a vital part of the state’s work to achieve its climate change goals, improve air quality, and reduce reliance on fossil fuels. The California Energy Commission is supporting the adoption of zero-emission hydrogen fuel cell electric cars by expanding California’s network of hydrogen refueling stations throughout the state. Hydrogen fuel cell electric cars have many advantages over vehicles powered by fossil fuels, including, refuel in less than five minutes at retail stations, produce water vapor, with zero tailpipe emissions and Hydrogen fuel can be sustainably produced, (such is the case with Tersus Power solution). To learn more about California Fuel Cell Electric Vehicles and Hydrogen Fuel go to: https://cafcp.org/.

Michael Rosen, CEO and President of Tersus Power, stated, “Billions of dollars of hydrogen trucks and cars are expected on the market in the next 24 -36 months from incumbents (Toyota, Daimler/Volvo, Hyundai, Hyzon) and upstart Nikola. The Hydrogen market is expected to be a $130 billion dollar market in the USA by 2030 and create 700,000+ jobs. Lack of hydrogen fueling stations in the USA (under 70 consumer stations now) is a huge infrastructure opportunity with 1,000s needed in the next 3-5years. Tersus Power is positioned to expand the number of hydrogen fueling stations and fill the gap of demand.”