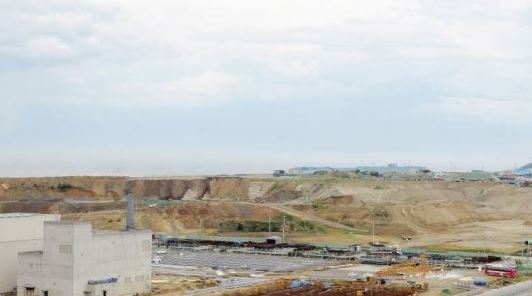 The government and Korea Hydro & Nuclear Power (KHNP) have verified that building on a large-scale clean hydrogen production and storage project has commenced.

KHNP received an order from the Ministry of Trade, Industry, and Energy last month for ‘Designing a large-capacity clean hydrogen production/storage plant to secure export competitiveness and research on the basis for licensing’ as part of the ‘First Energy Technology Development Project in 2022,’ according to the government and industry on the 15th. Nuclear hydrogen demonstration feasibility study and fundamental research, nuclear hydrogen production/storage facility design, and safety analysis against licensing are the key goals of the two-year research project.

The goal of this research is to construct a clean hydrogen production facility that combines the water electrolysis process with a nuclear power plant, a carbon-free power source. Currently, most hydrogen is provided as “byproduct hydrogen” from petrochemical operations or “reformed hydrogen” from natural gas decomposition. Because these technologies are unable to avoid emitting greenhouse gases like carbon dioxide during the hydrogen generation process, they are regarded as a first step toward ‘water electrolysis’ technology rather than pure hydrogen synthesis.

“Rather of using the traditional reformed hydrogen approach, hydrogen must be created using power sources that do not emit carbon during the power generation process, such as renewable energy or nuclear power,” he stated. The efficiency of large-capacity clean hydrogen production and use may be increased if the site is equipped with an electrolytic hydrogen production and storage facility,” he said. Because the quantity of electricity generated is affected by wind and weather, renewable energy affects the durability of water electrolysis plants.

Furthermore, on September 9th, the National Assembly’s Committee on Small and Medium-Sized Enterprises passed an amendment to the Hydrogen Act to introduce a certification system to promote the use of clean hydrogen and the mandatory purchase of clean hydrogen power generation (CHPS) as the main focus, the institutional framework for green hydrogen production and consumption was established. The foundation has been laid as well. There’s also a chance that Shin-Hanul Units 3 and 4, which are set to start construction in the first half of 2025, may build a large-capacity clean hydrogen production base utilizing water electrolysis.

“By 2024,” a KHNP official added, “we want to boost associated technological development through research based on an empirical study on hydrogen generation connected to nuclear power plants.”

Germany to spend 2B euros on research in hydrogen energy