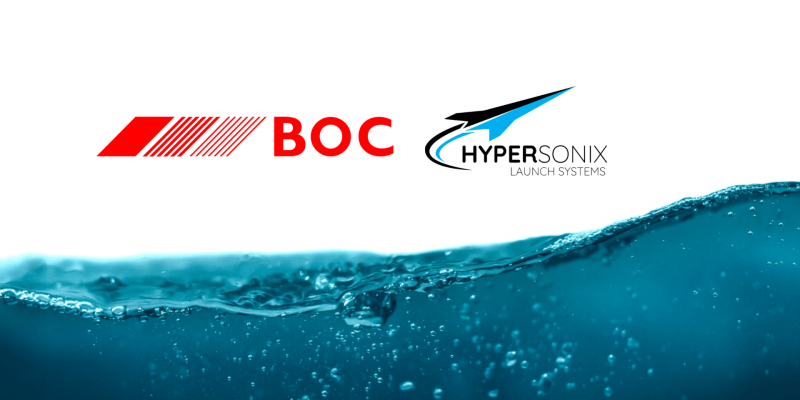 Hypersonix Launch Systems, a Queensland aerospace company, will power its entry into the space race with BOC-produced green hydrogen.

Australia is poised to become a leader in the production of green hydrogen, which is produced by splitting water into hydrogen and oxygen using renewable energy.

Hypersonix has partnered with BOC, a Linde subsidiary, to supply Green Hydrogen fuel for its reusable SPARTAN scramjet engines, which are capable of delivering small satellite payloads to low earth orbit (LEO).

“We’re very pleased to have found a strong clean hydrogen partner in BOC. We both share a desire to bring the principles of the Green Space to the small satellite launch market, and this is something that sets us apart. We are determined to go to space, but in a way that is sustainable for our planet by design.”

Hypersonix was awarded an Accelerating Commercialisation Grant by the Department of Industry, Science, Energy and Resources last year for the design and development of a reusable satellite launch vehicle scramjet engine powered by hydrogen.

“Our deep-tech solution will ensure that our precious oceans do not become dumping grounds for single use rockets and boosters, and that our SPARTAN scramjet engines do not add further CO2 or Methane emissions to the atmosphere.”

Michael Smart, co-founder and head of research and development at Hypersonix.

“Hydrogen is our fuel of choice because of its proven versatility and performance compared to fossil fuels. Its environmental credentials are hard to beat, with the only emission being water vapor.”

“Both the automotive and the aviation sectors are well along the path to making the use of hydrogen fuel as a clean fuel option for day-to-day use. BOC is set to produce Green Hydrogen for both local and in export use.”