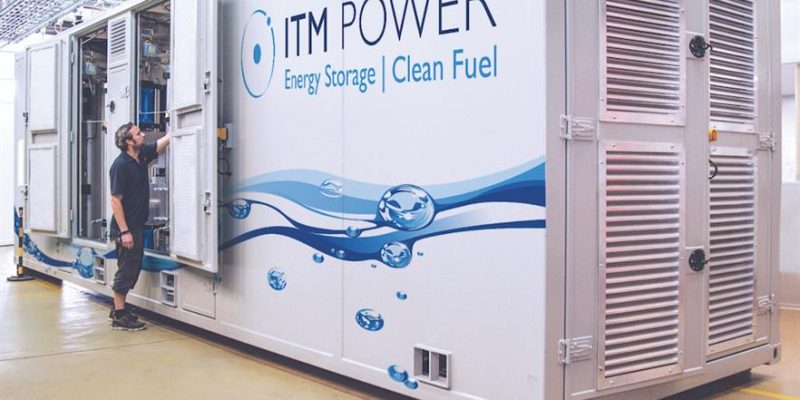 In a shoreside pilot project in north-east England, a consortium led by Ørsted and Siemens Gamesa Renewable Energy hopes to produce a megawatt-scale electrolyser suitable for offshore circumstances.

The partners propose to investigate the feasibility and potential of integrating an offshore wind turbine directly with an electrolyser and transferring renewable hydrogen to shore through the EU-funded Oyster project.

The project will be developed at Ørsted’s operations and maintenance base in Grimsby, which is outside the EU but adjacent to Siemens Gamesa’s offshore wind blade facility in Hull.

Ørsted is also collaborating on the Gigastack project in the region with Oyster project partners Element Energy and ITM Power, as well as oil and gas giant Phillips 66, to reduce the cost of manufacturing green hydrogen.

The capacity of the electrolysis component and the turbine model have not been disclosed by the partners.

The experimental project is expected to last until 2024. The European Commission is funding the entire €5 million initiative.

They want to make an electrolyser system that is small enough to fit within a single turbine that follows the production profile of the turbine. The partners noted that it should also combine the desalination and water treatment processes to allow saltwater to be used as a feedstock for electrolysis.

ITM Power will be in charge of the electrolysis system’s development. Ørsted will lead the investigation of prospective offshore electrolyser deployments as well as the feasibility studies. It will also assist ITM Power in making the electrolyser appropriate for use offshore.

Siemens Gamesa and Element Energy will contribute technical and project management experience in the meanwhile.

Siemens Gamesa is also collaborating with Siemens Energy to integrate an electrolyser unit into a large-scale offshore wind turbine, and onshore experiments have just begun.

Duncan Clark, the CEO of Ørsted’s UK Region, said: “The combination of offshore wind and renewable hydrogen generation has the potential to decarbonize sectors that are otherwise difficult to decarbonize.

“We’re looking into offshore hydrogen production as a future, additional approach to bring vast volumes of renewable energy to where it’s required, thanks to abundant offshore wind. Early lessons from initiatives like this can be used across the region and beyond the world, just as they can be applied to scaling up offshore wind.”

The EU’s Hydrogen Strategy, which was revealed last summer, seeks to have renewable energy feeding 40GW electrolysis capacity by 2030.