One of the cornerstones of the state’s hydrogen plan, which the Senate approved in 2021, is the Hydrogen Lab Bremerhaven. The Fraunhofer Institute for Wind Energy Systems runs the electrolysis test field (IWES). The objective is to create green hydrogen there without CO2 using wind energy while testing both its integration into the energy system and its individual parts.

As part of the “Hydrogen – Green Gas for Bremerhaven” initiative, the state of Bremen and the European Union are providing 16 million euros for the development of the test field. The world-exclusive testing infrastructure is expected to start up in the summer of 2023.

Senator for Science and Ports Dr. Claudia Schilling comments on the significance of the project: “The development of Bremerhaven as a hydrogen test region and its contribution to the energy transition are both greatly aided by the Hydrogen Lab Bremen. We are constructing a concrete hydrogen infrastructure on a bigger scale for the first time with the test field. It ought to serve as the foundation of a regional hydrogen economy.”

Fraunhofer IWES acting institute director Dr.-Ing. Sylvia Schattauer: “The Bremerhaven Hydrogen Lab will speed the urgently required market ramp-up of hydrogen technologies and lay the groundwork for future-focused hydrogen production from wind energy. The HLB can be directly evaluated for grid compatibility by connecting it to the nearby Dynamic Nacelle Testing Laboratory (DyNaLab) medium-voltage network.”

Senator for Economics, Labor, and Europe Kristina Vogt: “For the state of Bremen to successfully develop its hydrogen economy, close collaboration between business and science is required. That is what the Hydrogen Lab stands for. On the one hand, scientific fundamentals for the generation and use of hydrogen are developed by research institutions. On the other side, the Hydrogen Lab can use the economy in Bremen and Bremerhaven, as well as beyond those areas, for testing and application. Thus, the test field enables both researchers and businesses to utilize the currently still limited Increasing production and usage of hydrogen to the levels that are urgently necessary for the ecological change”

Background: The interaction of wind turbines with the production of electrolytic hydrogen is the main focus of research at the Hydrogen Lab Bremerhaven. After it is finished, Fraunhofer IWES will provide a highly innovative test infrastructure that will allow researchers to test, among other things, how a wind turbine and an electrolyzer interact in a real-world setting. The scientific work done at Bremerhaven also includes the integration of electrolysis across sectors.

Timeline: The initial preparatory construction steps, such as civil engineering and cable route laying, started in September and should be substantially finished by the end of the year. Beginning in December, the first containers for the transformers and the control room are scheduled to be set up, and the large components won’t arrive until January. Most of the major parts, including electrolyzers, fuel cells, combined heat and power plants, storage tanks, and compressors, will be gradually installed starting in the spring. By the end of the summer, the electrolysis test field is expected to be operational. At Fraunhofer IWES, work is already underway to get ready for projects that will come after this one, like the SeaEly project and the H2Mare lighthouse project. 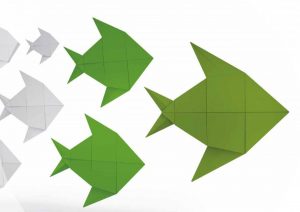