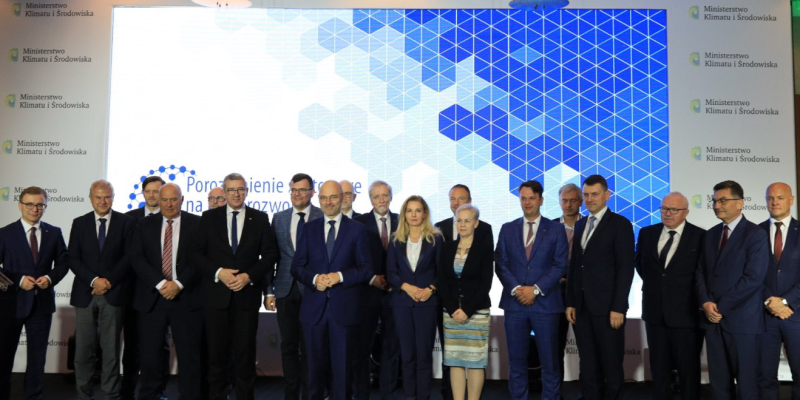 Grupa Azoty is a signatory to a memorandum of understanding aimed at establishing the circumstances and initiating collaboration for the development of hydrogen technologies in Poland.

The document, prepared in collaboration with members from the public and private sectors, proposes a number of alternatives for transforming Poland’s energy sector.

The document outlines the steps necessary to build a complete value chain for hydrogen economy based on Poland’s contributions, which include solutions produced by Polish science and research and development industry, as well as Polish implementations and patents.

The agreement stipulates that the implementation and growth of the hydrogen economy in Poland would be followed by several dozen initiatives aimed at achieving four strategic objectives by 2030. Micha Kurtyka, Poland’s Minister of Climate and Environment, who attended the event, noted that Poland was the first EU member to sign a sectoral agreement on the development of the hydrogen economy, following the European Commission’s July 2020 announcement of a “Hydrogen strategy for a climate-neutral Europe.”

“Today’s event is a source of personal satisfaction for me, because the Ministry I am in charge of is in the centre of initiatives that bring together many institutions and businesses uniting around a common goal, which is Poland’s economic growth driven by modern technologies. This is also another proof that Poland is at the forefront of Europe’s energy transition,” said Michał Kurtyka, Minister of Climate and Environment.

“We were very pleased to learn that the work on the sectoral agreement had been completed. Grupa Azoty is Poland’s largest hydrogen producer, which is why we perfectly understand the importance of initiatives designed to strengthen the role of hydrogen in the national economy. We perceive hydrogen technologies as a crucial step towards achieving climate neutrality, especially with regard to the projects we are currently implementing, including fuel cell development and the setting up of a laboratory for accreditation of hydrogen for fuel cell applications in transport,” said Tomasz Hinc, President of the Management Board of Grupa Azoty S.A.