GWM hosted the plant handover ceremony and brand launch conference in Brazil, displaying the exceptional achievements of its three “Hydrogen-L.E.M.O.N. Technology” platforms and high-efficiency solutions and demonstrating the development of hydrogen energy worldwide.

At the presentation, GWM showcased the “Hydrogen-L.E.M.O.N. Technology,” a full-scenario solution of “hydrogen energy systems” that meets vehicle standards. The company announced that it will develop a global hydrogen fuel cell R&D base to undertake research on fuel cell technologies and recruit and train local talent in Brazil in intelligence and clean energy to generate green production.

Since 2016, GWM has already been building up a world-class R&D team for hydrogen energy technologies, fuel cell systems and automobiles and became the first Chinese automotive firm to join the Hydrogen Council. In fact, the corporation formally announced the Hydrogen Energy Strategy last year with the goal of developing a sustainable and better society with hydrogen energy.

Taking the HP platform as an example, the overall weight of its cylinder valve and pressure relief valve is just one-third the weight of traditional goods available on the market, and the hydrogen leakage rate is also significantly lower than that prescribed by the global standard. Based on Hydrogen-L.E.M.O.N. Technology, all GWM’s hydrogen power products have outstanding performance in power (>200 kW), efficiency (>60 percent ), temperature (>100 °C), durability (>20,000 hours), and connectivity (new power + smart connectivity).

Currently, GWM’s hydrogen energy initiative has achieved first success. In August 2021, GWM was the first firm in the world to complete the application of one hundred 49-ton heavy-duty vehicles fueled by hydrogen. These vehicles were equipped with a 100 kW high-power fuel cell technology developed independently by GWM. The fuel cell system enabled the vehicles to achieve the high performance criterion of low-temperature ignition at -30 °C and to function under numerous difficult operating situations.

GWM has invested a total of 2 billion yuan in hydrogen energy R&D and expects to invest another 3 billion yuan in the next three years to attain the manufacturing capacity of ten thousand sets. In the global introduction of its Hydrogen Energy Strategy, the company expressed its ambition to be on top in terms of global hydrogen energy market share by 2025. 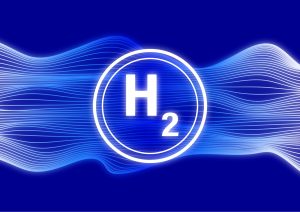