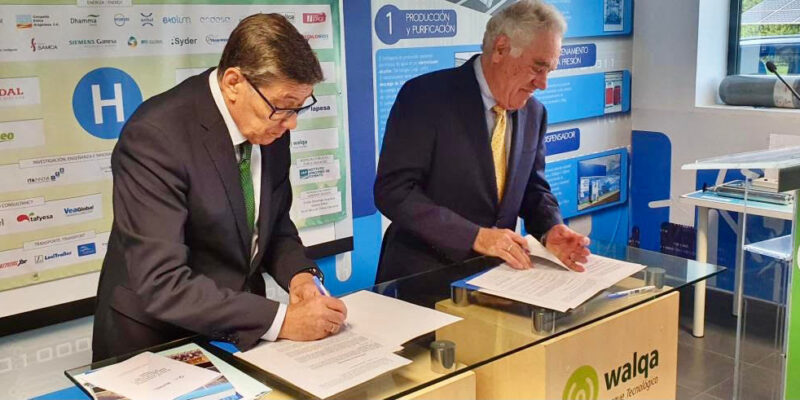 The Foundation for the Development of New Hydrogen Technologies in Aragon, Spain, has signed a collaboration agreement with H2 Clipper.

The agreement’s goal is to create a framework for proving the viability of H2 Clipper’s hydrogen transportation and distribution technologies, such as the patented Pipeline-In-The-Sky and Pipe-Within-A-Pipe. During a formal ceremony at the Foundation’s facilities on May 16, 2022, Foundation President Arturo Aliaga Lopez and H2 Clipper Founder and CEO Rinaldo Brutoco signed the agreement.

H2 Clipper and the Foundation will collaborate with the goal of advancing solutions to decarbonize the EU’s extensive natural gas grid.

Conduct an independent analysis of the economic viability of H2 Clipper’s proprietary advanced airship, the Pipeline-In-The-Sky, for transporting massive amounts of liquid hydrogen between locations where it is cheapest to generate from renewable resources and locations where consumer demand is greatest without relying on trucks, rail, ship, or conventional air transport; and

Port of Antwerp-Bruges and CMB.TECH to launch hydrotug