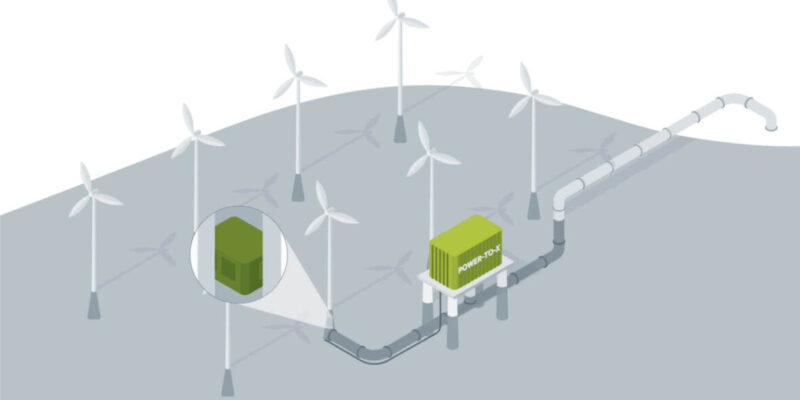 The German Federal Ministry of Education and Research has awarded €100 million ($116 million) in funding to a flagship project in Germany aimed at converting wind power to green hydrogen (BMBF).

The H2Mare project seeks to develop a novel turbine that optimally incorporates an electrolyzer into an offshore wind turbine for direct conversion of electricity into green hydrogen.

This study will evaluate the complete value creation chain, from wind energy generation and hydrogen production to hydrogen conversion into methane, liquid hydrocarbons, methanol, or ammonia and its usage in industry and the energy sector.

The goal is to achieve a considerable cost advantage in the production of huge amounts of hydrogen, which will then be used to decarbonize diverse industries.

H2Mare, which consists of four cooperative projects with a total of 35 partners, intends to build the groundwork for technological leadership and promote the attainment of climate targets by lowering greenhouse gas emissions more rapidly within four years.

Siemens Energy is in charge of the coordination of H2Mare, which is supported by Fraunhofer Gesellschaft institutes.

HHLA gets €2.3M from BMBF to test hydrogen transportation tech