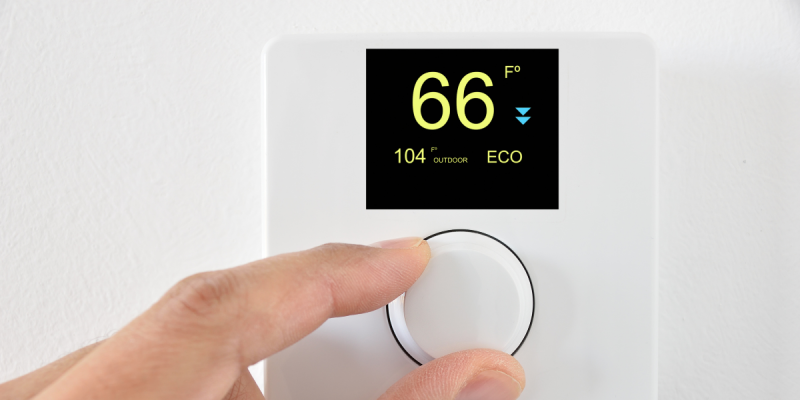 During his visit to Norway this week, King Willem-Alexander emphasized the importance of using new forms of energy such as hydrogen.

In the Netherlands, a system has recently become available that not only delivers more than 50 percent energy savings for the heating and ventilation of large industrial buildings and distribution centers, but is also ready to switch to hydrogen as a sustainable energy source.

The patented ‘Advanced Energy Technology’ (AET) system comes from the English family company Globe Energy. They developed a heating and ventilation system especially for large commercial spaces with heights from 5 to 50 meters. “These spaces are difficult to heat evenly,” says Rick Nicolaas, recently appointed representative for Globe Energy in the Netherlands and Europe. “Warm air rises to the ceiling and is forced back down through fans. That’s a very inefficient and ineffective way of heating.”

Globe Energy’s system works through the principle of Thermocharging. Rick: “Through radiant heat, surfaces such as walls and floors, but also equipment and furniture are heated. These then gradually release the heat into the environment. This is a very efficient way of heating.” The system comes with a central control system that allows the ideal temperature to be set for each zone in the building. In this way, the system ensures that the temperature always remains within half a degree of the set temperature. Even if doors are opened during loading and unloading moments. “This makes it possible, for example, to continue working on aircraft maintenance for the National Guard in Illinois (USA) in winter, something that was previously impossible there.”

The system is already being used by major car manufacturers in England and America such as Mercedes Benz, Ford and BMW who are using it, for example, to heat their warehouses and production halls for spare parts. “They are seeing energy reductions of up to 90 percent,” says Rick.

At the moment the system runs on gas and electricity, but by 2020 Globe Energy will have adapted the system so that even after installation it is effortless to switch to hydrogen as an energy source. This makes the system ready for a clean future with sustainable energy.

“As a family business, Globe Energy has so far limited itself to the market in England and the US,” says Rick. “But the current developments with energy prices and climate targets ask, nay scream, for a wider spread of this system. That is why I started to bring it to the attention in the Netherlands. I see so many distribution centers and factory buildings along our highways that can achieve enormous energy savings with this system. We should want that, shouldn’t we?”

Delivering zero-carbon technology to the Isles of Scilly