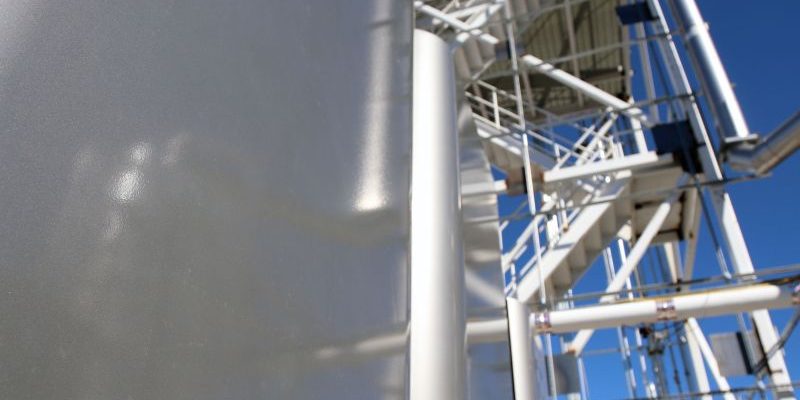 Heliogen’s artificial intelligence-enabled concentrated solar energy system is meant to generate carbon-free steam, power, and heat using abundant and renewable solar energy. When used in conjunction with Bloom’s patented solid oxide, high-temperature electrolyzer, hydrogen may be produced 45 percent more efficiently than with low-temperature PEM or alkaline electrolyzers. Nearly 80% of the cost of hydrogen produced via electrolysis is due to electricity. Hydrogen generation is more cost effective and increases adoption because it uses less electricity. Additionally, the ability to utilize heat, which is a significantly less expensive energy source than electricity, enhances the economics of green hydrogen production.

Hydrogen consumption is expected to increase from 115 million metric tons today to 500-800 million metric tons annually by 2050, accounting for 15% to 20% of world energy demand. Already announced hydrogen projects total more than $300 billion in investment across the value chain, with McKinsey & Company analysts estimating that at least $150 billion of that investment will go toward hydrogen production, which Heliogen and Bloom Energy are addressing through their collaboration.

The successful demonstration represents a significant step toward the objective of substituting green hydrogen for fossil-derived fuels in commercial and industrial applications. Industrial firms, which account for more than a third of worldwide energy consumption and a quarter of global CO2 emissions, are particularly well-suited for low-cost, large-scale hydrogen use due to their high energy demand and significant carbon emissions. Additionally, the merging of Heliogen and Bloom Energy is an important milestone for the hydrogen economy, as it is projected to pave the way for commercially feasible green hydrogen production on a par with solar-generated hydrogen.

“Our demonstration project with Bloom Energy represents a significant leap toward full commercial-scale green hydrogen production, which will play an important role in decarbonizing heavy industry,” said Bill Gross, founder and CEO of Heliogen. “Following this successful integration of Heliogen’s near-24/7 solar steam generation with the Bloom Electrolyzer, we expect that commercial projects will use Heliogen technology to supply their electric power as well, providing 100 percent of the thermal and electrical energy required to produce green hydrogen.”

“This integration with Heliogen underscores the value that strategic collaborations and industry-leading innovation can bring to driving change and making positive impacts for our climate,” said Venkat Venkataraman, executive vice president and chief technology officer, Bloom Energy. “With a focus on providing highly efficient and low-cost green hydrogen at scale, we will be a leader in low-cost hydrogen.”

Tevva gets funding for hydrogen trucks

Saudi Arabia and China to collaborate on hydrogen energy