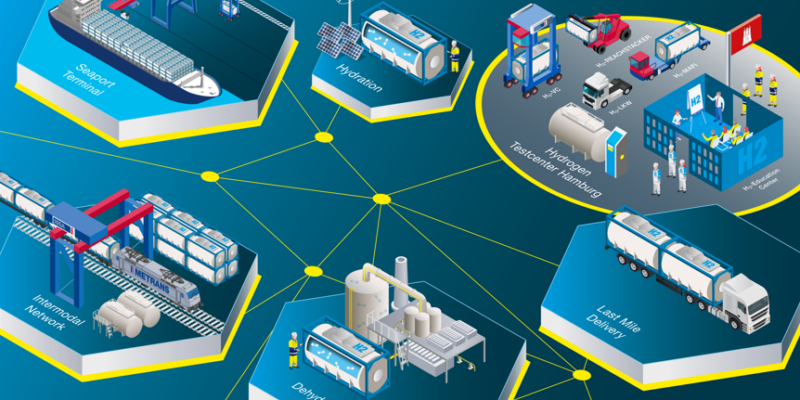 The BMBF will fund three significant hydrogen projects over a four-year period as part of the implementation of the National Hydrogen Strategy to support Germany’s transition to a hydrogen economy.

“An significant question in the development of hydrogen technology is the general availability of this energy source,” said Dr. Georg Böttner, who is in charge of HHLA’s hydrogen project.

“HHLA, like many others, is looking for the best answers to this question, which is why we are involved in the critical TransHyDE project.”

HHLA is one of over 240 partners from the scientific and industry sectors working on significant hydrogen initiatives.

Hydrogen is rarely consumed in the same region where it is produced, and TransHyDE intends to address this issue by developing a comprehensive strategy to hydrogen production, transit, and usage.

HHLA is investigating various modes of transportation with other partners and is involved in the TransHyDE projects Mukran and Helgoland on the islands of Rügen and Heligoland, respectively.

As part of its sustainability plan, HHLA intends to become climate-neutral by 2040, and the usage of hydrogen as an energy source can make a significant contribution to the company’s decarbonization.

The company’s primary focus is on incorporating fuel cells into handling equipment and heavy-duty road vehicles.

Because of its potential to be transported over great distances in many forms while serving as an energy storage system, hydrogen is considered as an appealing choice.

Because it can store energy for material use, move it, and release it at any time or place, it is projected to alleviate and stabilize power systems.

HHLA is certain that hydrogen is a promising sector, and its strategy calls for the establishment of profitable growth zones along future transportation flows.

HHLA is “very well positioned” to capitalize on new potential in hydrogen import and transportation due to its network of ports and linkages that extends into the European hinterland.