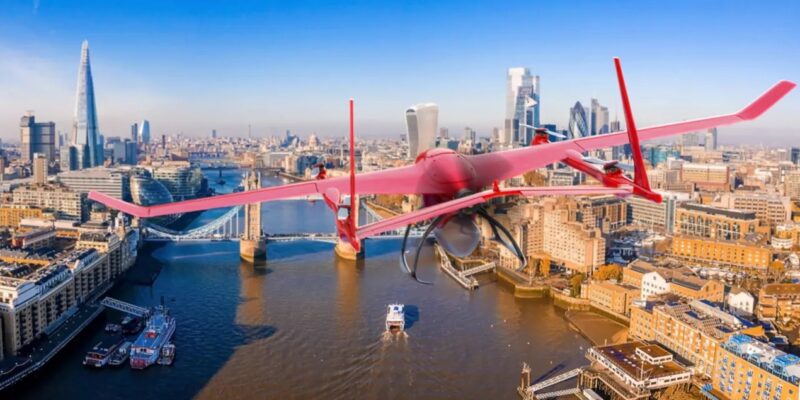 Honeywell is creating a new technology suite for small drones that will increase their flight time by three times and require less human involvement.

In comparison to traditional drones that rely on batteries and line-of-sight radio links, drones equipped with Honeywell’s Beyond Visual Line of Sight (BVLOS) technologies can fly farther, carry more weight, avoid hazards up to three kilometers away, and stream video of their progress from any location on Earth.

“These are technologies that businesses have been waiting for,” said Stéphane Fymat, vice president and general manager of Honeywell’s Unmanned Aerial Systems and Urban Air Mobility business unit. “They will help make drones profitable for a world of new applications.”

Honeywell’s BVLOS (pronounced bev-loss) solutions are suited for missions where radio links or visual guidance are compromised by distance or terrain. Last-mile package delivery, military intelligence, surveillance, and reconnaissance, pipeline and power line inspection, search and rescue, and use by first responders are just a few examples of applications.

Honeywell’s decades of expertise developing and certifying avionics, engines, and APUs for airplanes, helicopters, and military drones informs the technology.

The BVLOS suite consists of the following:

The RDR-84K from Honeywell is a phased-array radar that electronically guides beams, which means it has no moving parts and requires no maintenance. Additionally, it does not require large cooling systems.

Apart from avoiding other aircraft, the radar is capable of detecting obstructions, mapping the landscape, and locating landing zones. It can function as a radar altimeter and offer mapping for backup navigation in the event that GPS guidance fails.

The BVLOS suite enables drone manufacturers to aggregate data in novel ways to reduce weight and power consumption. Rather than requiring a separate processor, its radar computes an avoidance path using built-in circuitry. Its satellite uplink enables real-time weather and traffic reports from other drones to be downloaded.

UAV Satcom and IMUs from Honeywell are now available, with some IMU versions starting at around $1,800. The RDR-84K and fuel cells are currently in the final stages of development, with prototype fuel cells ready for purchase and assessment.

“These innovations give drone builders and operators a whole new range of options,” said Sapan Shah, product manager for Honeywell’s Unmanned Aerial Systems and Urban Air Mobility business unit. “More time in the air, more awareness of surroundings and traffic, better connectivity: These are the building blocks of safe, profitable drone operations of all kinds, and that’s what we’re delivering.”