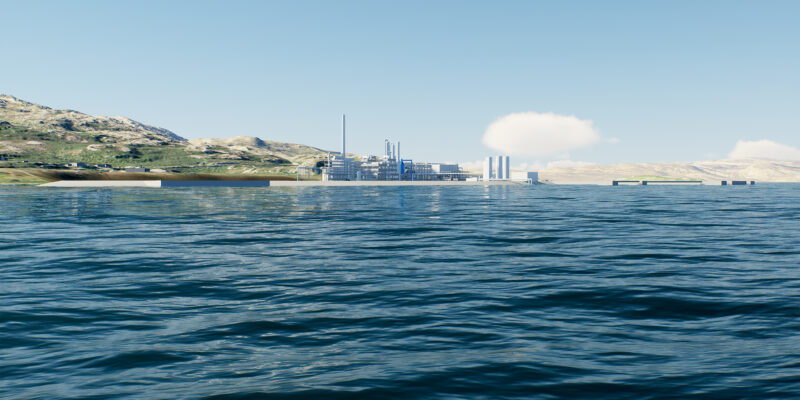 Horisont Energi and the Port of Rotterdam have agreed to establish a corridor for the transportation of blue ammonia from Norway to Rotterdam.

According to the agreement, Horisont Energi and the Port of Rotterdam will explore a collaboration to export blue ammonia produced in Northern Norway from natural gas with carbon capture and storage to the port of Rotterdam for further distribution to fulfill anticipated demand in Northwestern Europe.

Apart from being a critical industrial gas in the fertilizer and chemical industries worldwide, ammonia is an extremely effective hydrogen carrier. This makes ammonia, which emits no CO2, one of the most promising fuels for the maritime industry’s decarbonization.

“We’re excited to be working with the Port of Rotterdam to provide Europe with clean hydrogen and ammonia, while at the same time opening up a new and sustainable production region in the Barents Sea area for clean ammonia,” said Bjørgulf Haukelidsæter Eidesen, CEO of Horisont Energi.

Rotterdam is an energy hub for western Europe, with around 13% of Europe’s total energy consumption entering the EU via Rotterdam. The Port aspires to be carbon neutral by 2050 while continuing to play a critical role in Europe’s energy grid. According to Port of Rotterdam forecasts, the need for hydrogen in Rotterdam will reach up to 20 million tons in 2050, comparable to 100 million tons of ammonia.

“There’s an important role for blue hydrogen if we want to realize the international climate ambitions. This is because especially in the coming years, there will not be enough green hydrogen to meet the demand. We’ll need every possible solution. We therefore focus not only on green but also on blue, just as we don’t only look at local production but also at imports,” said Nico van Dooren, director New Business at the Port of Rotterdam.