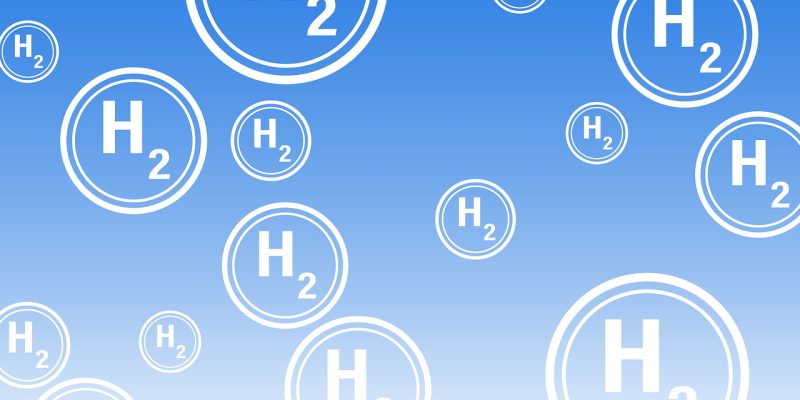 Researchers warn that cleanly generated hydrogen will be scarce for a long time. The estimations of the federal government are useless. What makes investors happy is what scares climate politicians: The price of hydrogen stockpiles continues to rise. How long will the craze last?

Investors and stockholders alike are pleased with what gives engineers and climate campaigners headaches: Hydrogen, one of the most important future energy sources, is a very limited commodity, at least if it is generated “green,” that is, utilizing solar and wind energy. As a result, those who work in this field are in more demand than others, which pleases the company’s investors and stockholders. This week, we saw the most recent illustration of this trend: The mere rumor that the conglomerate Thyssenkrupp is separating off its hydrogen section and launching it on the stock exchange caused the old steel cooker’s shares, which were forged in the cellar, to break the shackles and soar skyward.

Hydrogen, which has been lauded as an energy source for decades but has struggled to emerge from the experimental stage, received an unexpected boost in Germany last year when the Merkel administration highlighted the energy source as the centerpiece of its new climate strategy and opened the funding box. “Champagne among the emerging energy sources” was mentioned. The silly thing is that there isn’t much of it, just like there isn’t much of champagne. And it’s not uncommon for the bottle to be drained before the party begins.

Meanwhile, the federal government has chosen 62 hydrogen projects, ranging from vehicle engines to hydrogen production units at a long-defunct steel business, to get funding from the state totaling eight billion euros. According to Federal Minister of Economics Peter Altmaier, this might spur more investments in this field “for nearly four times the amount” and prevent “many millions of tons of CO2” over the next few years ( CDU ).

The exhilaration, however, comes with a huge catch, as the Institute of the German Economy in Cologne (IW) points out in recent research. Malte Küper and Thilo Schaefer, two energy specialists, stated: Green hydrogen will not be available in Germany for the foreseeable future. The scientists argue that the country produces much too little green hydrogen and that even imports will not be enough to meet the need. “Because German domestic output will be insufficient, the federal government will rely heavily on imports from windy and sunny places such as North Africa and Chile.”

“Even if the exporting countries under consideration sent all of their hydrogen output to Germany, demand for hydrogen would not be fully supplied by 2030,” says the report. Domestic hydrogen generation from renewable sources must be greatly enhanced as long as demand cannot be met by imports, the scientists calculate with solid reasoning. “This, in turn, would necessitate a significant amount of green power generation in the coming years, which has been ignored in recent years.”

Anyone who can manufacture green hydrogen, in any case, is sitting on a contemporary gold mine. Investors are well aware of this. You’re searching for a Tesla of the hydrogen industry right now. And it carries on, just like it did with cryptocurrencies or the Internet during the dot-com era. Simply saying the word “hydrogen” is enough to send the markets into a tailspin.

As is the situation with ThyssenKrupp, Germany’s most renowned old industrial problem child. The aged steel smelter, which is now more of a conglomerate, may be considering an initial public offering for its hydrogen electrolyzer company. The group accountants are evaluating the listing of Uhde Chlorine Engineers for the first quarter of 2022, according to Bloomberg. As a joint venture with the Italian business De Nora, the company was recently created in 2015. ThyssenKrupp has yet to respond to the rumors. However, the reality is that the company has been considering several possibilities for the division with Citigroup for quite some time. An IPO would not be completely unexpected.

In any case, the narrative resulted in an almost 20% increase in stock price. Product portfolio optimization splits, and IPOs of individual divisions are now typically favorably accepted on the floor. But, of course, there was something to do with hydrogen in this price boom. Obviously, the industry is based on a great deal of emotion. This week, the US financial bank Jefferies throws some light on sentimentalism. In research, your analyst Will Kirkness names ITM Power, Nel ASA, and Powercellas as market favorites and recommends them for buy. Although they are still new, all three firms have a good reputation in the sector. Kirkness feels the stock has a 70, 30, and 20% upside potential.