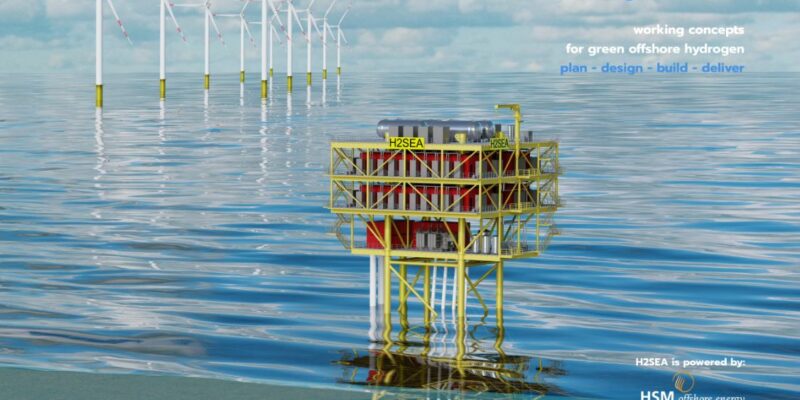 H2SEA is the result of the collaboration between Enersea, an offshore engineering expert, and HSM Offshore Energy, a significant Dutch construction yard.

H2SEA has created a variety of green hydrogen production platforms ranging in size from 50 MW to 400 MW in response to the large-scale growth of offshore wind generation that the Dutch government has planned.

The government intends to produce substantial amounts of hydrogen in the North Sea in addition to electricity. From 2030, the majority of offshore wind energy will come from the North Sea’s farther-flung regions, hundreds of kilometers from the coast.

In these far-off regions, the government aspires to realize massive offshore energy hubs. This means that some wind farms can be connected to the energy hub in order to produce hydrogen at sea as well, rather than all wind farms having to be connected independently to the onshore electrical grid.

Pilot hydrogen storage facility HYBRIT up and running in Sweden