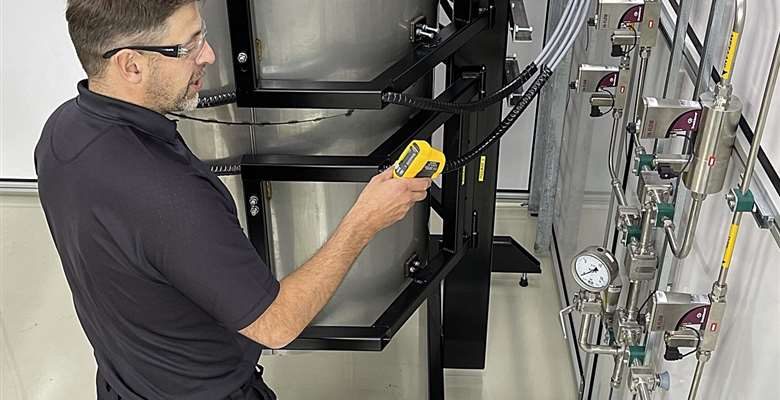 Hycamite TCD Technologies has opened a test facility in Finland for manufacturing hydrogen from natural gas without emitting carbon dioxide.

Hycamite claims to reduce greenhouse gas emissions by converting methane molecules from natural gas and biogas into hydrogen and pure solid carbon, which can be used to build electric vehicle batteries, for example. Hycamite’s operations, in addition to supporting the development of the hydrogen industry, also promote the development of battery manufacture. Hycamite’s innovative technology is built on decades of applied chemistry research at Finland’s University of Oulu.

In addition to the establishment of a small test facility, Hycamite is planning to build an industrial pilot plant in Finland’s Kokkola Industrial Park KIP, which is set to start building next year.

Large volumes of hydrogen are already used as a raw material in the chemical, fertilizer, and oil-refining sectors, but hydrogen generation has resulted in considerable CO2 emissions thus far. In the not-too-distant future, zero-emission hydrogen will be used to offset oscillations in wind-generated electricity. Hydrogen can also be utilized to create clean, climate-neutral synthetic fuels that can be used to replace jet fuel derived from oil, diesel, or petrol.

The Kokkola Industrial Park (KIP) has Northern Europe’s greatest concentration of inorganic chemical industry. To serve the basic tasks of production enterprises, there are over 20 industrial plants and about 60 service companies located there. A total of 2300 employees are employed directly by the enterprises.

“The new test facility will take us towards our goal of launching large-scale hydrogen production using our technology over the next couple of years. Our production will enable companies to switch to using pure hydrogen in the next few years because the hydrogen produced by wind and solar power will not be enough on the market to meet the growing demand for a long time to come,” said Laura Rahikka, CEO of Hycamite.