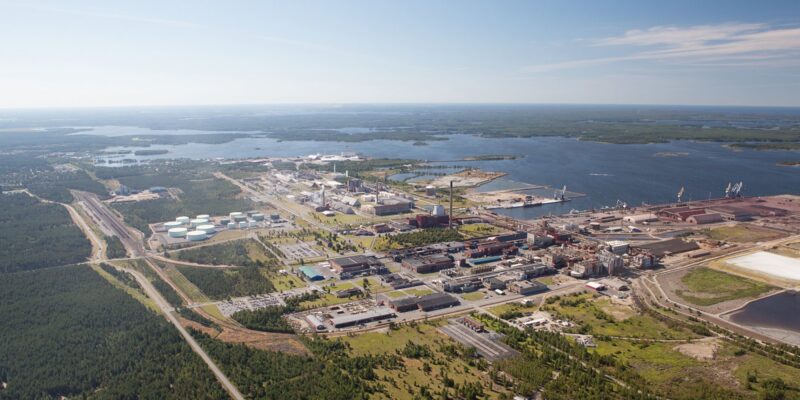 The company will conduct factory-scale testing of its new hydrogen production technology at the pilot facility. Hycamite has reserved space for the new plant in the Kokkola Industrial Park (KIP), which is home to the region’s biggest concentration of inorganic chemical industry.

Hycamite manufactures hydrogen and carbon from methane and biogas using a novel technique based on thermo-catalytic breakdown and sustainable catalysts. The technique can create a variety of different allotropes of pure carbon, depending on the customer’s requirements. The creation of hydrogen and carbon does not result in greenhouse gas emissions.

“Our goal is to implement large-scale hydrogen production over the next couple of years, using our new technology. The hydrogen we generate can be used for clean energy production and for various industrial processes. Our output will enable companies to switch to hydrogen in the next few years, despite shortages in wind-powered hydrogen production that may continue for some time,” says Laura Rahikka, CEO of Hycamite.

Hydrogen demand is increasing as a result of its function in mitigating the greenhouse effect. Hydrogen combustion produces no greenhouse emissions; only pure water vapor is produced. Hydrogen can be utilized as a source of energy to compensate for changes in the amount of electricity generated by wind turbines and as a raw ingredient in the chemical industry. Additionally, it can be utilized to manufacture synthetic fuels that can be used in place of natural gas and oil products.

Hycamite will unveil new test facilities in the KIP next month that will be significantly larger than its current facility. The industrial-scale pilot facility is anticipated to begin construction next year. Hycamite has already signed a letter of intent with Kokkola Energia to supply the new pilot plant with natural gas.

“Hycamite strengthens Kokkola’s position as a hub for the hydrogen industry. With its production, Hycamite supports other companies’ transition to the use of hydrogen. Hycamite’s hydrogen also provides an opportunity for companies in the region to utilize their greenhouse gas emissions by making carbon dioxide into synthetic fuels,” says Jonne Sandberg, Development Director, City of Kokkola.