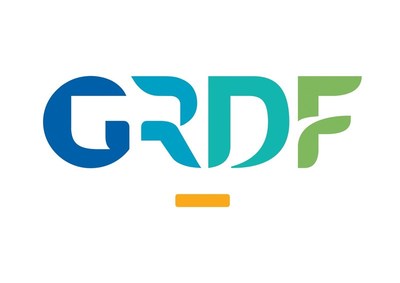 GRDF and 66 gas distributors from 13 European countries have launched the Ready for Hydrogen (Ready4H2) project to make it easier to inject hydrogen into their distribution networks.

This project intends to provide a unified view of the critical role of gas distribution networks in enabling hydrogen development, based on the experiences of European distributors. GRDF is expressing its commitment to boosting the introduction of renewable gas into the French distribution network by joining this project. The plan is predicated on the long-term significance of gas distribution infrastructures for the energy transition, while also meeting the needs of local governments, who are already participating in a number of projects around the country.

One of the most important components of the European energy transition is hydrogen. France has declared its aspirations in this field as part of its 2030 strategy, with the main goal of building a French decarbonized hydrogen sector with international reach. As France’s largest gas distributor, GRDF believes the network will be critical for hydrogen growth in the next years. GRDF is already prepared to welcome this new energy source in total safety and at a cost that is manageable for all of its customers.

The Ready4H2 project’s 66 gas distributors want to show the critical role of gas distribution networks in hydrogen injection in the medium to long term by February 2022. To that aim, they will shortly provide a vision for using gas networks to help the European decarbonisation goal, with gas networks serving as a crucial vector for the development of renewable hydrogen. This roadmap will be a tool for European and French politicians to use in order to contribute to the goal of carbon neutrality at a cost that is manageable and acceptable to both producers and consumers.

GRDF is already working on initiatives to inject hydrogen into the network, believing that gas will be part of the renewable gas bundle accessible by 2050. With the GRHYD project, which began in 2014 and included other European partners, GRDF was a leader in experimenting with supplying new houses with a blend of hydrogen and natural gas, with up to 20% hydrogen injected into the gas distribution network. GRDF is participating in various synthetic methane initiatives in France, primarily through requests for proposals. Synthetic methane is a gas created by mixing H2 and CO2. GRDF is already working on the conversion and operation of 100 percent hydrogen networks in order to facilitate the development of hydrogen. The construction of an operational and training platform for a hydrogen distribution loop has begun; it is expected to be completed in 2024, ahead of a field test in 2025.