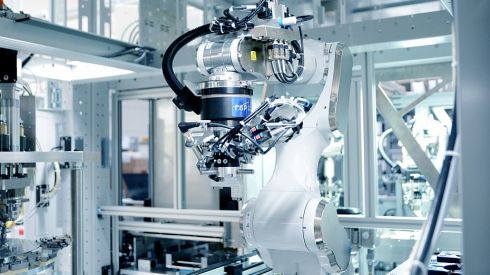 Hydrogen is a significant source of optimism for the energy transition, particularly as Russian gas shipments have been increasingly susceptible to restrictions. Electrolyzers, a technology in which the Dresden company Sunfire is a leader, are required for its manufacture.

Since Russia’s invasion of Ukraine, hydrogen manufacturing has gone from being a niche issue to a high-priority endeavor. The low-polluting energy source has long been envisioned as a building block for the energy transition and as a storage medium. However, the urge to reduce reliance on Russian gas as rapidly as possible has boosted hydrogen demand significantly. “There has been an additional dynamic since the beginning of this year,” explains Sunfire CEO Nils Aldag on the podcast “The Zero Hour.” “One of the most intriguing energy markets in the world is hydrogen.”

The Dresden-based firm manufactures electrolyzers, or devices that generate hydrogen through electrolysis, and is dependent on a burgeoning market: several industries, including steel, chemicals, and cement, are turning to hydrogen to achieve climate neutrality. Between 2019 and 2030, global hydrogen consumption is expected to increase from 71 to 88 megatons (Mt), then quadruple to 137 Mt by 2040. By 2030, demand in Germany alone might reach 3.3 Mt.

Sunfire was started in 2010 by Aldag, Carl Berninghausen, and Christian von Olshausen, at a time when investors were likewise skeptical of hydrogen: “Coming up with the topic of hydrogen and a capital-intensive firm was a complete catastrophe back then. It was also uncertain how the margins would evolve at the moment “Aldag agrees.

After twelve years, it appears that Aldag and his co-founders were correct. Few businesses have the expertise required to produce electrolyzers on a large scale. According to Aldag, Sunfire is one of the top five electrolysis producers in the world. 370 employees work for the firm in Dresden and two additional sites in Germany and Switzerland. The energy company RWE asked it to build a green hydrogen electrolysis facility that uses renewable energy to manufacture hydrogen. Copenhagen Infrastructure Partners and Lightrock contributed EUR 195 million to the firm in a funding round in 2022. “We may compare ourselves to the electrolysis divisions of Thyssenkrupp or Siemens in terms of personnel numbers, inbound orders, and funding,” says the company.

As a hydrogen burner with its own range, the NAMX is designed to revolutionize the automobile industry.

The ambitions of German and European politicians for advancement with hydrogen are “very demanding,” according to Nils Aldag: “The aim would actually be doable if we could start tomorrow morning,” he argues. Manufacturers are “beginning from the ground up” and want to invest in manufacturing capacity and employees. However, according to Aldag, “it’s all about objectives right now, not true demand.” “Competent personnel in huge quantities” are required for this to progress beyond the prototype stage. “If actual demand does not emerge at some point, and political backing does not grow, even more, it will be extremely difficult to meet the targets on time,” Sunfire CEO warns.