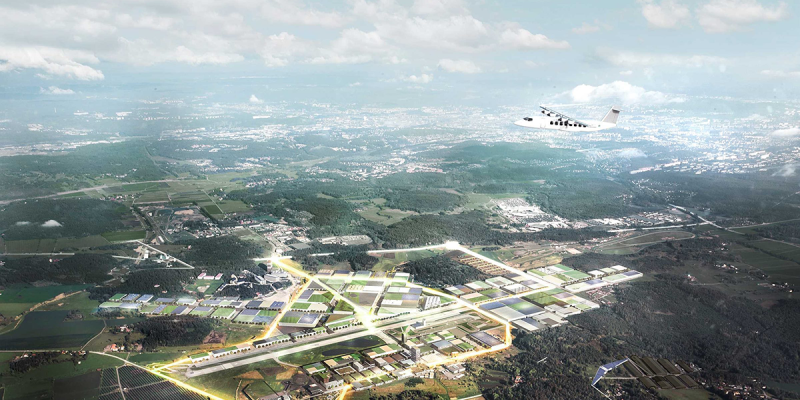 Gateway Säve, a new development area in Gothenburg, will include myFC’s partner Nilsson Energy, a manufacturer of turnkey plants for hydrogen production.

The former Gothenburg City Airport is now being transformed into a business park that focuses on the future of aircrafts, autonomous and fossil-free vehicles, and flexible logistics.

“Nilsson Energy ends up in a perfect environment, where there are many opportunities for synergy effects and development potential,” says Michael Glantz, CEO of myFC.

Various plans were put into place when Gothenburg City Airport shut down in 2015. Real estate company Castellum purchased the area and began drawing up plans for Gateway Säve, a ten-year project, after a series of events. On 900,000 square meters of modern warehouses and business centers will be built a test area for autonomous and nonfossil fuelled vehicles, according to Castellum. Heart Aerospace, a manufacturer of electric passenger planes, is one of the businesses that have already set up shop in Gateway Säve, a 15-minute drive from the city center of Gothenburg.

This fall, Nilsson Energy will relocate to a temporary location until their long-term facility is finished in the spring of 2022. Founder and board member of Nilsson Energy, Martina Wettin, is delighted by the news.

Gateway Säve is a great location for a hydrogen hub because of the company’s turnkey facilities for producing green hydrogen. One of Castellum’s goals is to create a hub for future transportation and mobility innovation and development. This includes a test bed for electric vehicles, among other things.

Nilsson Energy, in the opinion of Castellum’s regional CEO Mariette Hilmersson, is an excellent fit for the region’s goals.

“We are incredibly happy that a pioneer in fossil-free energy solutions chooses to establish themselves at Gateway Säve. It is proof that we are really on the way to creating a national center for fossil-free mobility both on the ground and in the air.”

Small enough to fit next to a factory or warehouse, Nilsson Energy’s facilities are simple to install. Using myFC’s micro fuel cells and green hydrogen from its own local facility, an intralogistics company can increase its efficiency and competitiveness, as well as reduce its environmental footprint.