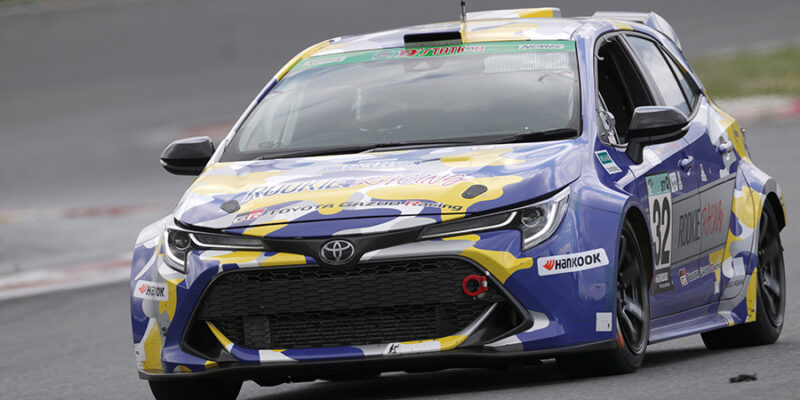 Toyota Motor Corporation (Toyota) competed in the five-hour Super Taikyu Race in Autopolis from July 31 to August 1 ,2021, with a car powered by a developing hydrogen engine.

Toyota is developing the hydrogen engine as part of its attempts to create a carbon-neutral mobility society.

As was the case in the previous round, the vehicle will be entered under the ORC ROOKIE Racing name, with Toyota President Akio Toyoda behind the wheel as Morizo. By entering a hydrogen-powered vehicle that runs on green hydrogen produced locally in Kyushu, Toyota hopes to improve its partnerships with other industries in the region.

Corolla’s hydrogen engine made its racing debut at the Fuji SUPER TEC 24 Hours Race on May 21, 2021, at Fuji Speedway, with the purpose of accelerating the development of its hydrogen engine. Toyota has made a number of enhancements to the car and associated hydrogen infrastructure in the two months since the race.

Toyota expects that by participating in Autopolis, it would be able to uncover any possible issues under adverse conditions and thereby speed its development. Additionally, the company will purchase green hydrogen produced locally for on-site consumption from Obayashi and Toyota Motor Kyushu, which are assisting the company in developing a hydrogen engine. Toyota will thereby contribute to the usage and manufacturing of green hydrogen, expand energy options, and ultimately help to the achievement of carbon neutrality.

Kyushu has a high share of renewable energy users, and the region conducts substantial research into hydrogen energy; indeed, Toyota Motor Kyushu is a proponent of hydrogen energy use. Toyota intends to foster new partnerships and regional collaborations through the development of a hydrogen engine, with the objective of reaching carbon neutrality and establishing a hydrogen society in Kyushu.

Utilizing engine technologies developed in Japan over a long period of time, hydrogen engines represent a new option in Toyota’s pursuit of carbon neutrality. Toyota has benefited significantly from the participation of numerous connected companies in both the Fuji SUPER TEC 24 Hours Race in May and the upcoming Super Taikyu Race in Autopolis in July and August. To maintain employment in the automobile sector, Toyota will continue to develop hydrogen engines in collaboration with the industry’s 5.5 million employees and numerous other partners.