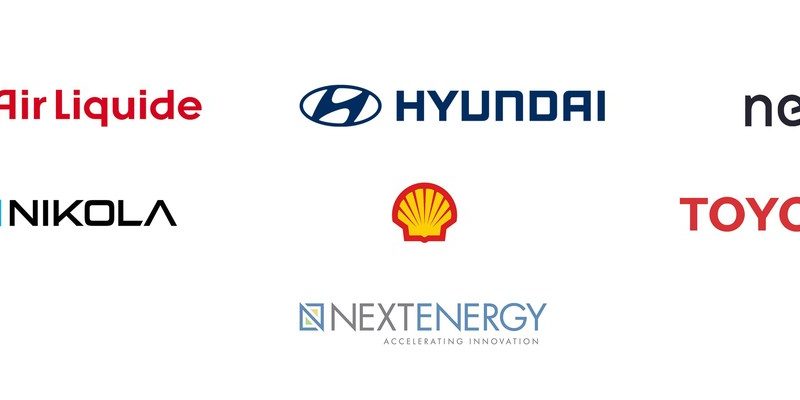 The Industry Group was established in February 2019 with the objective of tackling the problems associated with hydrogen fuelling technology in order to achieve the fueling speeds required for heavy-duty applications currently in use. Aside from that, the team wants to test and evaluate the hardware’s performance, as well as standardize the connection design to guarantee that it can be used everywhere in the globe. A global standard fueling interface for light-duty fuel cell electric cars has been created via the participation of the hydrogen industry, and this builds on that success.

Tatsuno, an international hydrogen fuel equipment provider founded in 1911, is designing and developing vehicle receptacle and dispenser nozzles, as well as breakaway components, whereas Transfer Oil, considered one of the most valuable manufacturers of reinforced thermoplastic hoses in the industry, is leading the design and development of a hydrogen dispenser fueling hose for use with hydrogen fueling equipment. The fuelling gear is expected to enable typical hydrogen filling rates of 10kg/min, which is consistent with the Technical Targets for Hydrogen-Fueled Long-Haul Tractor-Trailer Trucks set by the United States Department of Energy. Initial performance and safety testing will take place at an independent test facility and is expected to begin in Q4 2021, with early results available in Q1 2022.

In addition, Nikola President, Energy and Commercial Pablo Koziner said that, “This unique fuelling technique will be a key component of our hydrogen infrastructure development plan, making hydrogen available to Nikola heavy-duty FCEV customers as well as the industry at large.”

“Nikola, in collaboration with other industry participants, is pushing for the creation and implementation of the new H70HF standard standard. In order to achieve predicted fuelling times that are comparable with diesel fueling times, it is critical that this hardware be developed in its whole “Christian Appel, Nikola Global Chief Engineer for Tre FCEV and Propulsion Engineering, made the statement above.

“This project is an excellent example of industry competitors coming together to achieve a shared objective, which is decarbonization of the environment. Among the many things that Toyota is proud of is its membership in this organization and the shared goal of a future in which diesel trucks are replaced by zero-emission hydrogen fuel cell electric technology “Toyota’s Fuel Cell Development Department is led by Justin Ward, who is also its Group Manager.

“Air Liquide revealed its ambitious environmental, social, and governance (ESG) targets to ACT for a sustainable future on March 23. Our pledges, which are in full support of the 2015 Paris Agreement, address the urgency of climate change and the energy transition, with the goal of achieving carbon neutrality by 2050. The strategy calls for a significant increase in the pace of hydrogen development, something in which Air Liquide has been actively engaged for some time. The company has acquired a unique competence over the past 50 years, controlling the whole supply chain, from manufacturing and storage to distribution. As a result, Air Liquide is making a significant contribution to the broad use of hydrogen as a clean energy carrier for a variety of uses, including industrial applications and clean transportation “Andrew Garnett, Vice President of Hydrogen, shared his thoughts.

As part of its carbon neutral promise, Hyundai Motor Company has pledged to cut its carbon emissions by 75 percent below the level of 2019 by 2040, and to achieve carbon neutrality in its products and global operations by 2045. The following three pillars support the company’s integrated plan to attain carbon neutrality: clean transportation, next-generation technology, and green energy. With ZEVs, the firm hopes to secure 30 percent of its worldwide vehicle shares by 2030. By 2040, it plans to sell 80 percent of its entire fleet sales through BEVs and fuel cell electric vehicles (FCEVs).

Hyundai Motor Group envisions that by 2040, hydrogen energy will be used not just for transportation but will also be used to a broader range of businesses and sectors, as well as for other purposes. The Hyundai Motor Group aspires to make hydrogen energy accessible to ‘everyone, everything, and everywhere’ through several initiatives. Using hydrogen solutions, they want to take a preventative approach to climate change, beginning with the commercial vehicle sector, which produces higher levels of CO2 and needs longer driving ranges than the passenger car sector. Hyundai Motor Group will introduce all-new commercial vehicles, including buses and heavy-duty trucks, for the worldwide market, as well as fuel cell electric cars and battery electric vehicles, according to a press release. They intend to be the first global manufacturer to implement its fuel cell system to all commercial vehicle models by 2028, making them the first to do so.

NextEnergy, a nonprofit technology accelerator located in Detroit, is serving as the project manager and will be in charge of seeing that the program is successfully completed. NextEnergy is a leader in the development and management of partnerships that deploy energy and mobility technologies in real-world settings in order to expedite the commercialization of these technologies.

This revolutionary project will benefit from NextEnergy’s experience in energy, transportation, and project management, according to Jim Saber, NextEnergy’s chief executive officer.