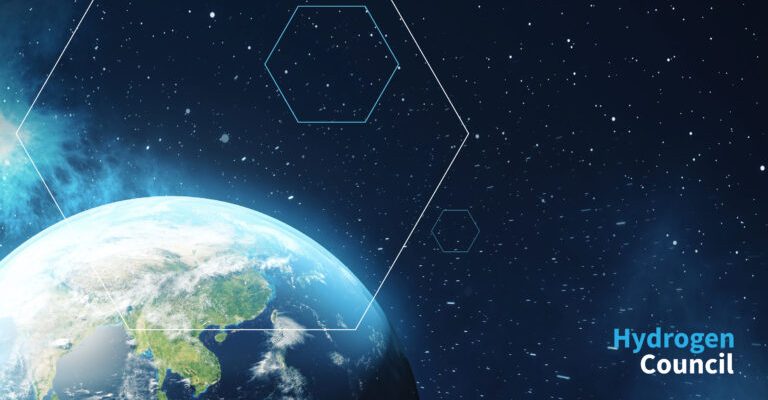 As the United Nations Climate Change Conference begins in Glasgow, the Hydrogen Council CEO alliance is urging world leaders – public and private – to make a concentrated effort to implement declared hydrogen initiatives around the world in order to keep the world on pace to meet its climate commitments.

Along with electrification, the development of the hydrogen economy is critical for cost-effective and efficient global decarbonisation, allowing governments to meet their climate targets, stimulate green growth, and create sustainable jobs. To catalyze the necessary bold action, the Hydrogen Council is releasing fresh, comprehensive data on hydrogen’s carbon abatement potential, as well as a ready-to-deploy toolkit of instruments and measures for establishing enabling policy frameworks for renewable and low-carbon hydrogen.

The Council’s “Hydrogen for Net Zero” report demonstrates that hydrogen can provide the lowest-cost decarbonisation solution for more than a fifth of final energy demand by mid-century – resulting in a cumulative CO2 reduction of 80Gt – and is thus a critical component of achieving the 1.5°C climate target. Global demand for renewable and low-carbon hydrogen could double in the next decade.

By 2030, this would equate to an annual CO2 emissions reduction similar to the combined emissions of the United Kingdom, France, and Belgium. However, this critical stepping stone necessitates a large increase in production, infrastructure, and end uses immediately.

The sector has established a strong foundation, with over 520 large-scale projects and 90+ GW of electrolyser production capacity declared globally, totaling more than $160 billion in direct investment. Closer public-private partnership, on the other hand, is important for increasing investments: a fourfold increase is necessary by 2030 to put the world on track to achieve Net Zero emissions. Only by prioritizing investments and funding assistance in this decade will we be able to build up hydrogen to the levels required to meet global climate targets by 2050 while also lowering costs.

The “Policy Toolbox for Low Carbon and Renewable Hydrogen,” which was produced concurrently with the aforementioned research, is a first-of-its-kind comprehensive review of dozens of hydrogen policy measures implemented across the value chain at various degrees of market development.

It highlights how a set of successful policy and regulatory measures may give investors with the essential clarity in the short-to-medium term as well as the long term, consequently lowering hydrogen costs, increasing uptake, and promoting cross-border hydrogen trade. Additionally, it highlights the importance of incorporating societal values and advantages connected with the hydrogen economy’s development into policy formulation in order to contribute to achieving the UN Sustainable Development Goals.

Benoît Potier, Chairman and CEO of Air Liquide and Co-chair of the Hydrogen Council, said: “Global warming is a key challenge of our times. Hydrogen is now widely recognised as a key element of a successful energy transition. To accelerate, governments and the industry must synchronise efforts to materialise its potential in order to actually meet net-zero targets. The data and policy guidance released today by the Hydrogen Council are critical in the context of COP26. This is a call to action for decisionmakers and industry to join forces and realise planned activity, to set the transition up for success.”

“Hydrogen can enable cost-effective decarbonisation of economies worldwide. There is clear momentum in hydrogen investments, but a transformation of such magnitude requires unprecedented mobilisation of public and private resources through strong partnerships and policy support. We look forward to working with governments on hydrogen for the benefit of our shared climate goals,” said Tom Linebarger, Chairman and CEO of Cummins and Co-Chair of the Hydrogen Council.

Daryl Wilson, Executive Director of the Hydrogen Council added: “Put simply – there is no climate solution without hydrogen. We know from past experiences with technologies such as wind and solar that frontloading investments and policy support in early market development phase can bring down costs quickly, enabling deployment at pace and scale. Our new reports not only define how hydrogen can grow into an economy-wide solution by 2050, but offer practical recommendations on how to get there: by ramping up investments within the next decade, underpinned by efficient policy design.”

“The momentum in hydrogen continues to accelerate: announced electrolysis capacity for 2030 has doubled this year and announced project investments increased to $160bn, with total investments into the ecosystem estimated at more than three times that figure,” added Bernd Heid, Senior Partner at McKinsey & Company. “In a path towards our decarbonisation commitments, clean hydrogen demand can grow to 75 Mt by 2030; of this, two-thirds will stem from new markets like steel, industry, mobility, aviation, and maritime. To meet this new demand, we will see the emergence of new energy hubs and global value chains that enable a hydrogen market seven times its current size by mid-century.”