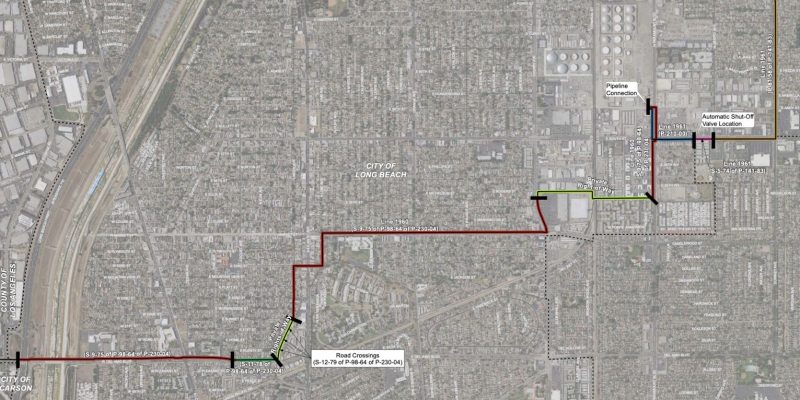 A pipeline that once carried crude oil from Paramount to Carson through North Long Beach’s residential areas will now carry hydrogen gas.

This is part of World Energy LLC’s ongoing endeavor to convert its newly acquired oil refinery in Paramount to manufacture hydrogen gas, a key component in the renewable fuels industry.

The pipeline passes from Downey Avenue in the east to the Carson city limits in the west, passing through a significant portion of Market Street. Within Carson, World Energy plans to install a half-mile of new pipelines. The environmental impact assessment for the additional pipeline project was approved by Carson city officials in November 2020.

Following the results of an environmental impact assessment, Long Beach council members voted unanimously last week to allow the pipeline’s conversion within the city limits. The reports detail the cultural, financial, and health consequences, as well as plans to mitigate those consequences.

Long Beach officials found that the project poses a “significant danger to the public or the environment” due to “reasonably probable upset and accident circumstances involving the release of dangerous materials into the environment,” according to the California Environmental Quality Act findings report.

Mitigation steps were included in the project to lessen the effect, but the study states that even with these measures, the impact cannot be reduced to non-significant amounts.

According to the results, no feasible interventions were found in the final environmental impact study that would reduce this major adverse impact to a degree of significance.

To counter this issue, the mitigation plan specifies that the pipeline be run at a capped maximum pressure and that the operator must inspect the pipeline for leaks on a regular basis.