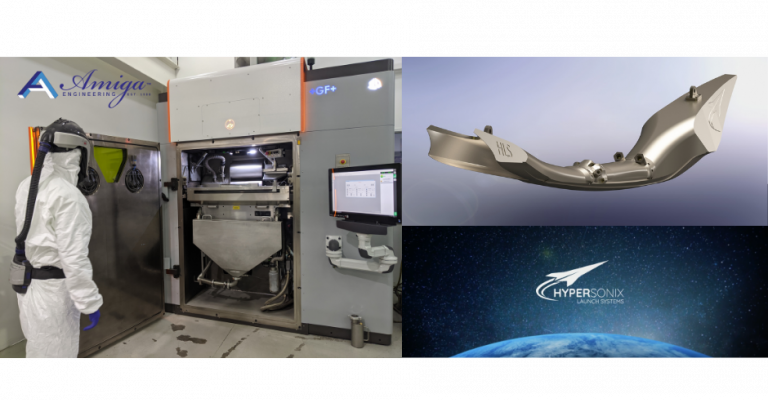 Amiga Engineering has received an order from Hypersonix for the SPARTAN scramjet Additive Engineering construct.

The SPARTAN scramjet is the company’s fifth iteration. Self-igniting hydrogen scramjet with a fixed shape capable of accelerating from Mach 5 to Mach 12 has been developed.

Due to its fixed geometry and lack of moving elements, SPARTAN is well-suited for 3D printing (3D Printing). The scramjet’s production costs and time are cut, and reliability and performance may be improved as a result.

Parts with intricate designs can be created using additive manufacturing. This material is ideal for space applications because of its minimal weight.

David Waterhouse, Managing Director and Co-Founder, Hypersonix said: “The use of Additive Engineering to manufacture a scramjet engine will fundamentally disrupt the cost structure of scramjets and an important step in providing more affordable access to hypersonic flight. We are very proud of Australia’s world leading heritage in hypersonics and the ability of Australian companies to work together to demonstrate of Sovereign capability in this New Space technology.”

The Australian Modern Manufacturing Strategy mentions additive manufacturing/ 3-D printing as a vital feature, along with other priorities including space, defense, and clean energy.

The Federal Government ACA Grant awarded to Hypersonix in August 2020 will be used to manufacture the SPARTAN scramjet. A scramjet engine and fuel system are being developed by Hypersonix as part of this grant. Because of the burgeoning global hydrogen economy, Hypersonix was able to recycle high-pressure composite hydrogen tanks that were already on the market. SPARTAN’s shock tunnel testing was finished in March 2021 by Hypersonix, and the scramjet’s final design and thermal modeling have been completed. The project has a March 2022 completion date and is on budget and on schedule.

Michael Bourchier, Founder and Managing Director Amiga Engineering adds: “In a demanding industry such as aerospace, additive manufacturing offers the cutting edge in component manufacture capable of creating very complex parts in some of the most exotic materials. With thousands of hours of research and development in every part, the aerospace industry settles for nothing but the best. We are extremely excited to work with Hypersonix Launch systems on the world’s first 3D printed scramjet engine.”